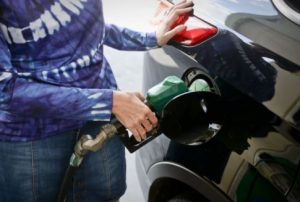 Higher regular unleaded gas prices, predicted to peak at $2.70 a gallon this summer, have more than 60% of Americans planning to spend their vacations closer to home, according to AAA.

The Associated Press  reported that the AAA survey, conducted Feb. 2-5, included 510 men and 507 participants ages 18 years and older. The margin of error was 3.1%.

At $2.70, gas prices would be up 75 cents from the summer 2016 peak in North Carolina and up 42 cents from current statewide average levels.

On Sunday, industry analyst Trilby Lundberg said that increased oil prices and the U.S. missile strike on a Syrian air base contributed to a 9-cent per gallon increase in regular unleaded — to $2.43.

She says that unless oil prices retreat quickly, consumers should expect gasoline prices to climb a few more cents.