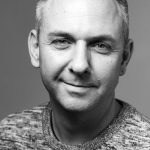 “It’s not just an opportunity to serve as Airstream’s COO, it’s also an honor,” said Humphreys in a press release. “I look forward to continuing Airstream’s storied history of excellence and doing my part to ensure the company is ready for the next generation of Airstreamers.”

Airstream hit a new sales record in each of Humphrey’s seven years as vice president of sales. In addition, he was responsible for overseeing parts and service, which have also grown substantially under his guidance. He recently led the successful implementation of the Five Rivet dealer standards program, designed to improve the customer ownership experience through Airstream’s dealer network.

“Justin has been integral in all high-level strategic decisions here at Airstream,” said Wheeler. “His new role as COO will enable us to further deepen our almost 90-year commitment of creating the world’s best recreational vehicles for our customers and dealer partners.”

The move is due in part to the key role Wheeler will play in the new joint venture between Thor Industries and Tourism Holdings Ltd. (thl) to create the premiere global digital platform for the RV industry.

“With RV ownership at all-time highs and consumers more digitally connected than ever, we are seizing this opportunity to bring a new level of connectivity to RV owners everywhere,” Wheeler said.

Humphreys is a graduate of Shepherd University in Shepherdstown, W.V., and has been in the RV industry for 20 years.