Airstream’s Wheeler May Have Best Job in America 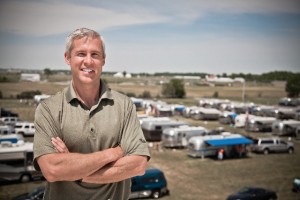 Bob Wheeler might have the best job in America. CEO of Airstream Inc. since 2005 and charged with steering the iconic, Ohio-based manufacturer of silvery, sleek, space-age trailers into the future, he’s found himself extremely comfortable with several major challenges that are keeping other executives up at night.

As reported by Business Insider, his burden could be huge — Airstream has been around for 85 years and for many, it symbolizes the all-American trailer at its best, crafted from shimmering aluminum and exuding timeless cool. And the company isn’t without challenges, particularly as they relate to Airstream’s historic reliance on the human need to hit the open road. What if, in the future, we stop driving?

Wheeler, who saw Airstream thorough a rough patch during the financial crisis, is taking it all in stride.

“We see everything as opportunity rather than a threat,” he told Business Insider.