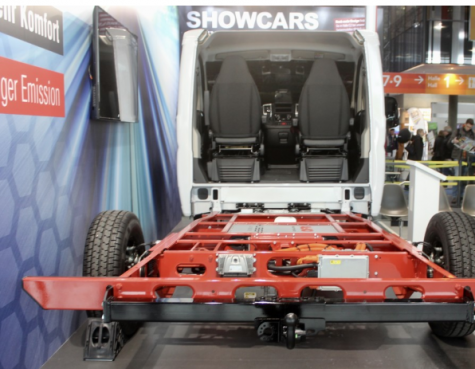 The once unfathomable idea of a trailer that drives itself pushes closer and closer to reality. Joining Dethleffs and OzXcorp in working to crack that particular code, RV chassis builder AL-KO is hard at work on its own electric-driven frame. And instead of leaving out the motorized RV segment, it’s also developing an electrified motorhome chassis that creates the plug-in hybrid motorhome auto and RV manufacturers have been largely ignoring.

Dethleffs and OzXcorp are working on electrified trailers in Europe and Australia, respectively, and recent reports indicate that Airstream Inc., a Thor Industries Inc. subsidiary is interested in bringing the tech over to the U.S. Meanwhile, Germany’s AL-KO vehicle technology is working with Huber Automotive to develop its own smart hardware and control software package to make the self-powering trailer a viable reality. The work could have global implications because AL-KO merged with U.S.-based Dexter in 2015 to create DexKo Global, a world leader in trailer axles and chassis components.

After noting that towing a camper can drop an electric vehicle’s range by 70%, AL-KO got to work on the Next Generation Caravan Platform (NGCP) to help boost that range considerably, or cut emissions in the case of an ICE-driven tow vehicle. The prototype tech works with caravans up to 7,000 pounds, featuring a 48-volt electric axle drive and 10- to 30-kWh battery pack integrated into the structure of the trailer chassis. The system is loaded with sensors, allowing it to adjust e-drive output around driving conditions so the trailer can push part of its own weight and use torque vectoring to improve stability and prevent snaking.