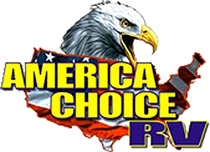 Ocala, Fla.-based America Choice RV announced that it has been named one of the top companies in the 2015 Inc. 5000 list of the fastest growing private companies in America for second consecutive year. According to a news release, the company secured its place at No. 4,093 in the retail category with growth rate of 69% for the last three years while generating $37 million in revenue over six years.

Founded in 2009, America Choice sells new and used RVs while also providing finance, sales and service to its customers. In addition to  Ocala, the dealer has operations in Zephyrhills, Fla., and is planning to open a third location at Bushnell, Fla.

“It is our honor to be included in the 2015 Inc. 5000 list of fastest growing private companies in the America for this second consecutive year,” said Scott Gencarelli, co-owner of America Choice RV. “We are proud that we made it in such a short span of time. Our exponential growth and success is attributed to our team members constant commitment and dedication. We are happy that their hard work is recognized with such honor.”

The 2015 Inc. 5000 list of fastest growing companies in America ranks companies on the basis of recorded percentage growth in the revenue. To qualify for the Inc. 5000, a company is required to be founded and based in the U.S., it should have generated at least $2 million in revenues in 2015. It should be held privately and it should be an independent company.

Cody Loughlin, co-owner of America Choice RV, noted, “Being the part of 2015 Inc. 5000 for second year in a row is a huge achievement for us. We are very proud to accept this honor on the behalf of everyone related to America Choice RV. We take this opportunity to thank all the team members, kind supporters and of course our valuable customers, without them we could have not achieved such a huge success.”