Atwood's Pfalzgraf Steps Down After 47 Years 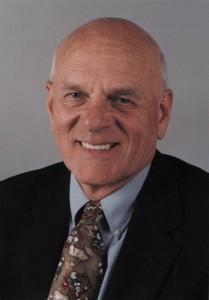 Atwood Mobile Products LLC officially announced the  retirement of Carl Pfalzgraf who logged 47 years with the Elkhart, Ind.-based supplier and has been an active participant in industry affairs, holding several positions with the Recreation Vehicle Industry Association (RVIA). According to a press release, Pfalzgraf’s retirement was recognized during 2012 RVIA Committee Week in Washington, D.C.

Pfalzgraf began his career with Atwood in 1965 as a management trainee. He has served Atwood in many capacities with the most recent being executive vice president. Pfalzgraf was an integral part of the growth and success of Atwood through his strong leadership and dedication.

In 1987, Pfalzgraf became actively involved in the RVIA and has held many committee chair and Executive Committee positions over the years. Prior to announcing his retirement, Pfalzgraf served RVIA as chairman.

Pfalzgraf has been a recipient of numerous industry awards, including: 1994 National Education Service Award; 1998 Distinguished Service to the RV Industry Award; 2000 RV Industry Pioneer Award; and 2009 Chairman’s Award. In 2010, he was inducted into the RV/MH Hall of Fame after serving on the RVIA board for over 18 years.

Pfalzgraf and his wife reside in Huntley, Ill., where they enjoy gardening together. They have four grown children and eleven grandchildren.