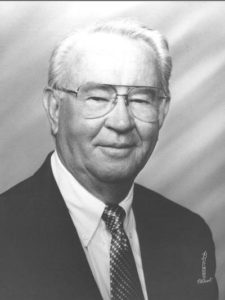 Glenn Loren Banks, founder, president and CEO of Elkhart, Ind.-based Banks Lumber Co., passed away peacefully on March 29 in Sarasota, Fla. He was 91.

After graduating from Elkhart High School, Banks joined the U.S. Navy during World War II. He graduated from Indiana University School of Business, was president of the Alpha Tau Omega Fraternity and served on the Student Foundation Steering Committee.

Upon graduation he moved to Elkhart, entered the wholesale lumber business and in 1961 founded Banks Lumber which supplied trusses, pre-cut lumber, and engineered wood products to the RV, manufactured housing, mobile office and modular industries. The company was sold in November of 2006 to Michigan-based Universal Forest Products.

While in Elkhart he was chairman of the Elkhart United Way, a founding board member of ADEC, director of the Elkhart General Hospital, director of the Canadian Lumber Association, president of the North American Wholesale Lumber Association and trustee of the Indiana University Foundation.  Among numerous honors he received was Entrepreneur of the Year from the IU Business School and also from IU for the Distinguished Alumni Service Award.

He was laid to rest April 2, 2018 at the Sarasota National Cemetery with full Naval honors.