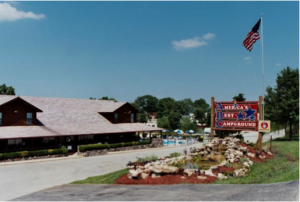 “The addition of these new parks come in popular markets where RVers enjoy visiting and we’re delighted to have new affiliates in the Tampa, Fla., metropolitan area, Myrtle Beach, S.C., Branson, Mo., and Yuma, Ariz.,” Best Parks President David Gorin stated in a news release. “As we expand we are looking towards building a network of parks in the most popular markets for RVing, camping and all kinds of outdoor recreation and hospitality.”

• Shangri-La RV Resort in Yuma, Ariz., situated in southern Arizona paradise, caters to wintering RVers. Owned by John and Tami Heidrich, Shangri-La has been named one of the Top 100 Parks in the Good Sam network nationwide for the last three years.

• Cypress Camping Resort in Myrtle Beach, S.C., is a boutique property in an resort area known for its large and exciting beach front RV resorts. Owned by Kenneth Hucks, the resort features year-round premium intracoastal waterway campsites and a 100 pull thru campsites with full hook ups.