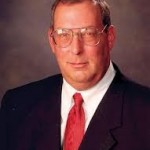 When the national recession almost drove Blue Ox’s recreational vehicle business over a cliff, the Northeast Nebraska manufacturer looked for ways to diversify. Last year, that road took the company to the U.S. military as it sought to adapt its technology and craftsmanship to military vehicles.

As reported by the Sioux City Journal, the small family business is known internationally for its line of towing products, such as hitches used to haul trailers behind RVs. But after the boom profit year of 2005, the company spent eight years trying to live up to its motto, “Strong As An Ox,” falling completely into the gutter in 2008, company President Jay Hesse said.

It appears Blue Ox turned the corner in 2013.

“It was an absolutely fantastic year, and this year even looks much stronger,” he said. “We’re looking for about a 15% increase in sales this year and more contingent growth on the bottom line.”

Blue Ox started developing tow bars for heavy-duty military vehicles such as Humvees and even tanks. The company, Hesse said, designed a modern product that is lighter and easier to use than the military’s current towing system, which dates to the 1940s.

Blue Ox’s defense-grade tow bars are capable of hauling more than 120,000 pounds, but light enough that a single soldier could quickly hook it up to a disabled vehicle. During combat, that could save lives and preserve valuable military assets.