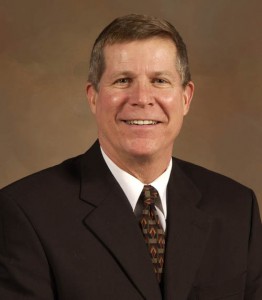 “Bob Olson is the ideal person to assume the co-chairmanship of Go RVing,” said Riegel. “Bob and Winnebago are avid supporters of Go RVing, and Bob will now help sustain and accelerate the campaign’s momentum going forward. Bob’s talents and passionate advocacy for the RV industry dovetail perfectly with those of co-chairman Tom Stinnett. Though I will miss working with Go RVing in my new role at Thor, I am confident that Bob and Tom will make an outstanding team bringing real benefits to the RV industry.”

Olson, who joined Winnebago Industries in 1969 as an hourly production employee, rose through the ranks of inventory and production control, manufacturing and operations to become president and then chairman and CEO of the company. He has held numerous posts within the Recreation Vehicle Industry Association (RVIA), serving on the Nominating Committee, Strategic Planning Committee and as chairman of the Audit Committee. A member of the RVIA board of directors since 2008, Olson currently serves on RVIA’s Executive Committee as treasurer and is past secretary of the association.

Said Olson, “I have been in the RV business for 40 years, and am very proud of the industry’s heritage as well as the memories it has made for millions of Americans. I am truly honored to be a small part of the Go RVing Coalition and look forward to the opportunity of working with a very talented group of people from our industry to continue to spread the message of the RVing lifestyle.

“Memories are what our industry creates and I look forward to being a part of that through the work of Go RVing.”

A resident of Forest City, Iowa, Olson and his wife Kathleen have two children and four grandchildren.

“Bob Olson is a veteran leader of one of the largest RV manufacturers and of this industry. He will bring extremely valuable experience, insight and influence to the Go RVing Coalition. Bob and Tom Stinnett will make a strong team that will lead Go RVing well at a key time for the industry,” they said.

Stinnett, who has been involved in Go RVing since it began in 1994 and has served as a co-chair since 2004, will continue to play a leadership role as a key consensus-builder among dealers and manufacturers. Said Stinnett, “With his years of experience as a leading RV manufacturer and his passion for the lifestyle, Bob Olson will be a tremendous Go RVing co-chair. I am looking forward to working with him as the 2010 ad campaign gets underway.”

In 2009, together with Riegel, Stinnett led the coalition through the development of new “Ambassadors of Affordability” television commercials, which are being received with accolades from all segments of the industry. The spots are scheduled to debut in mid-February.

The Go RVing campaign is widely credited for boosting the image and popularity of RV travel and helping to maintain RV awareness and demand through the recent economic downturn. The Go RVing Coalition consists of RV manufacturers, component suppliers, dealers and campgrounds who work to provide the public and media with information about the benefits of RV travel and to foster satisfaction with the RV experience through its Committee on Excellence.