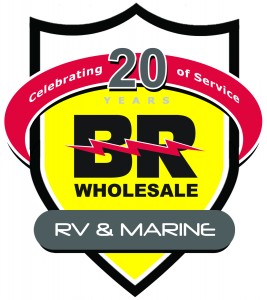 In 2010, BR Wholesale Inc. celebrates 20 years of service to the RV industry.

Started by J.R. and Ruby Watts, a typical couple living on a typical American street, their Marshall, Mich., home wasn’t much different from those of their neighbors, except that an RV wholesale distributorship was churning along in their garage, according to a company news release.

Having worked for RV electrical manufacturers, Ruby knew the areas of the business where RV dealers and service centers struggled to acquire products and support. The Watts initially focused the operation on the electrical side of the business (inverters, converters, etc.). They then began a campaign to convince the rest of the aftermarket community that BR Wholesale could become a valuable liaison between product OEMs and the dealer community.

BR Wholesale quickly earned a reputation for fast, reliable delivery, personable customer service, and a large parts inventory, which eventually grew from the electrical side to a wide array of aftermarket products. As their vendor list grew, so did the garage and despite opening two additional satellite warehouses in California and Mississippi, BR Wholesale still required extra facilities and staff to serve its growing vendor and dealer base.

In 2001, the company was ready for a major expansion, beginning by moving into a new 25,000-square-foot warehouse. They then commenced plans for a new warehouse in Florida and explored an entirely new market in the marine sector.

In late 2008, Trey Miller joined the company as president and worked with the Watts to begin a transition of ownership, which will ultimately allow the Watts to enjoy the fruits of their labors. Bringing years of experience in RV wholesale distribution, Miller quickly implemented a new growth strategy that began by opening a location in Elkhart, Ind., to allow the company to pull from the seasoned pool of RV industry professionals in the area. He then worked with various suppliers to further round out the company’s product offerings. In addition to the new office in Indiana, an additional warehouse location is planned for the Southern region in 2010. The expansion will allow for one- to two-day ground shipping to a majority of all dealerships in the continental United States.

“I am so proud to see how this company has grown to enjoy such a high level of success,” said Miller. “J.R. and Ruby exemplify the American dream. They show how hard work and determination can grow a small family-owned company into the specialized distributor of choice for many of the dealers and service centers in the U.S. and around the world. I look forward to continuing this growth by relying on the same principles of customer focused service and support and by surrounding ourselves with some of the most talented team member in the industry.”

Today, BR Wholesale is a leading specialized distributor of products from over 200 brands and manufacturers and over 30,000 unique SKUs to the RV, marine and specialty vehicle aftermarkets from a nationwide network of strategically located facilities.