The Senate and House RV Caucuses welcomed its two newest members, Sen. Mike Braun (R-IN) and Rep. Jim Baird (R-IN-4). RV New & Insights reported that Braun and Baird are also two of the newest members of the Indiana Congressional Delegation, both having won elections this past fall. 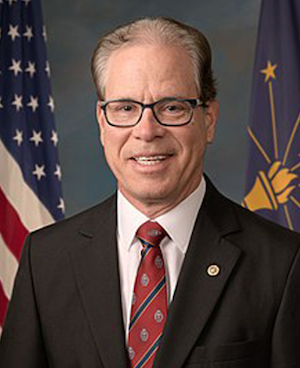 The House and Senate RV Caucus members champion the RV industry and RV lifestyle on Capitol Hill, advocating on behalf of the RV industry on issues such as campground modernization, tax and trade. These members are critical to the RV industry’s success in enacting key policies. The best way to recruit new members for the caucuses is with a direct ask from RV industry members during RVs Move America Week.

Before becoming Indiana’s newest senator, Braun was the founder and CEO of Meyer Distributing Inc., a company he built in his hometown of Jasper, Ind., that employs hundreds of Americans across the country and is a RV Industry Association (RVIA) member company. Braun is an avid outdoorsman who also served as a state representative in the Indiana General Assembly.

After meeting members of the federal affairs team at an Indiana Forum breakfast in Washington, D.C., and learning about the significant impact the RV industry makes in Indiana, Rep. Baird immediately signed up to join the House RV Caucus.

Before being elected to Congress, Rep. Baird served eight years as a state representative in the Indiana General Assembly. During this time, he was a member of the Ways and Means Committee and played an integral role in balancing Indiana’s budget. A graduate of Perdue University, Baird is a decorated Vietnam veteran who has been recognized with a Bronze Star with V device and two Purple Hearts.