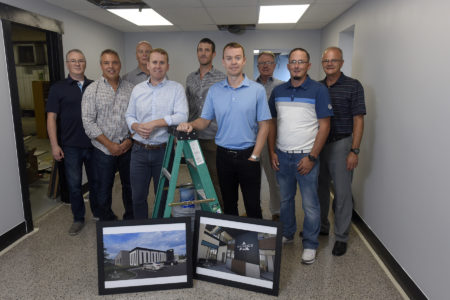 It’s no secret by now that once-retired RV industry executive Brian Brady and his two sons, Coley and Ryan Brady, are currently setting up an elaborate new towable RV manufacturing firm at a 110-acre industrial site on the east side of Elkhart, Ind. Now they’ve decided to go public with their $12 million initial plans for a company they’re calling Alliance RV, an independent startup that is somewhat of an anomaly in an age of rampant consolidation.

Brian Brady, best known for helping to launch both Damon Corp. and Heartland Recreational Vehicles LLC prior to his 2012 retirement as president and CEO of Heartland, and his sons — both former Heartland executives — say the idea for their new company emerged over a Christmas dinner when they realized that they shared a collective urge to start a company that would enable them to do things their own way as so many industry entrepreneurs have done before.

“I guess we had the entrepreneurial buzz,” said co-founder Ryan Brady, who, with his brother will be running the company on a daily basis. “We were working for a good company where we enjoyed what we were doing. But as we looked around, we thought there might be a better way to do things. As we got to talking and kind of fleshed it out a bit more, we came to the conclusion that, yes, what’s going on right now is good, but we think we can do it better.”

“Yes, it’s been in the back of our minds and I think we grew up in an environment watching our father do it a couple of times at Damon Corporation and, back in 2003, at Heartland RV,” added Coley Brady, who also uses the title of co-founder. “I was at Heartland from very close to the beginning, six months in, and I remember those early days as some of the best times of my RV career. In those early stages of a startup, it’s fun and energizing. You’re trying to create new ways to do everything. Those are all the kinds of things in the back of our minds.”

Now, months later, Alliance RV is a work in progress with plans underway for an initial line of high-end fifth-wheels and long-term aspirations to become a “total manufacturer” of towable RVs. Next comes upscale toy haulers and eventually, travel trailers – one brand per price point and one dealer per market, the Bradys indicated in a Wednesday (Aug. 22) interview. 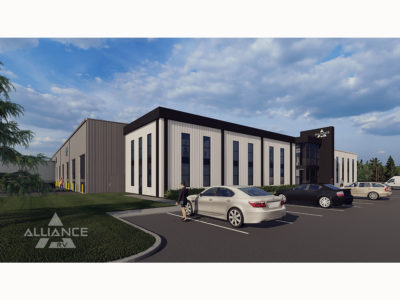 Initial product prototyping will be done in an existing 22,500-square former lamination facility located on the east-side Elkhart property where Alliance RV is initially setting up shop while renovations to that facility are being completed. Bulldozers nearby are preparing for construction of a new 112,000-square-foot facility that will permanently house offices and manufacturing operations near the southeast corner of County Road #17 and Beck Drive.

Some significant dealers have already agreed to sign on with Alliance RV, report the Bradys, who are planning to kick off production in their new plant by the end of the year in time for a public rollout of production units – the brand names for which haven’t been released yet – at January’s Florida RV SuperShow in Tampa.

Why did the Brady’s opt to build a new plant instead of an existing facilty? The fact of the matter is that none of the available vacant factory options appealed to them. On the other hand, they maintained, building from scratch actually prompted them to strategically think things through.

“It forced us to really slow down and be deliberate with how we’re approaching the whole structuring and set up, gathering the team and the product development,” said Ryan Brady. “It forced us to be very, very deliberate in doing so, which we think is a good thing at the end of the day.” 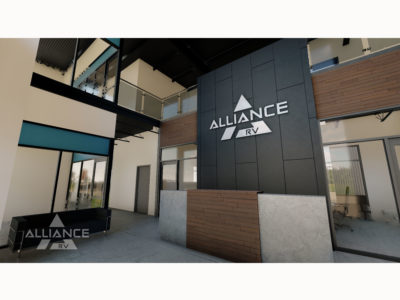 “Yes, if you think about the capital that we’re investing into this business, we’ve got a very, very long term approach,” noted Coley Brady, adding that Alliance RV won’t be ready to exhibit by this year’s Elkhart RV Open House. “I’m 41 years old. Ryan’s 36 years old, and we’re not operating on a two-or-three-year plan. It’s a 10, 20 or 30-year plan. Along with the set up that we have here in this building, we have a 110-acre piece of land to really grow in one centralized location. We can have everything here while controlling the product quality, security and company culture, which is so important.”

Brian Brady, for his part, emphasized that he’s planning on keeping a low profile in terms of management on a day-to-day basis, although he’ll obviously be playing an active chairman’s role in key decision-making with his sons in whom, he says, he has a lot of confidence.

“My role is more of a consigliere,” he told RVBusiness. “I’m there for advice when needed. You know, experience matters, but it isn’t everything. Sometimes I think there are new and better ways of doing things. I think right now more than ever the RV business is all about execution for a lot of companies — understanding what the plan is and executing the plan. It should be easy but it’s not, it’s difficult. Coley and Ryan and their team, this Alliance team, is very impressive and they really don’t need my help.”