In a historic decision, Family Motor Coach Association (FMCA) will soon begin allowing towable RV owners to become members of a group that had been the exclusive domain of motorhome owners since its inception 53 years ago.

In a membership referendum that wrapped up at the end of November, 6,820 FMCA members voted to open membership to owners of towable RVs, with 2,981 opposed. Approximately 13% of the membership voted, a total of 9,801 votes.

The referendum first surfaced back in March during the Cincinnati, Ohio-based association’s 95th International Convention in Chandler, Ariz. when then president Charlie Adcock said declining motorhome ownership was affecting FMCA’s membership levels. FMCA, which had more than 140,000 members prior to 2008-09, now reports about 74,000 active member families, with the vast majority owning Class A motorhomes and the average age of the owners of those units being 71.

While a similar proposition was defeated some five years ago, officials – saying benefits of FMCA membership should be “about the people, not the units” – suggested the time was right to revisit the issue.

Recently, FMCA Executive Director Chris Smith – whose wife gave birth to their third child the day after the election concluded – took time to answer a few questions on the referendum, and what it means for the association going forward. 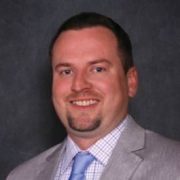 RVB: Obviously, this is a major change and a new direction for FMCA. It goes without saying, we would assume, that everyone at FMCA can appreciate the significance of this moment in the association’s timeline?

Smith: We’ve been a motorhome-only association for 53 years, so it’s a huge, huge change in philosophy. We fully grasp the historical significance, absolutely. We are excited to take on a new a challenge for FMCA. Once you do something the same way for 53 years, it’s a little different when your membership says, ‘We’re ready to accept all RVers to the great organization we have.’ We’re up to the challenge, and our focus is just being the best RV club in the world. It starts now.

RVB: So what’s the next step?

Smith: According to our constitution, we had to send an email to membership because we had to let them know the vote result as soon as we knew. But the next step is for paperwork to be filed in the state of Ohio to change our articles of incorporation. That’s why we haven’t really gone public with it yet. Until that’s done we can’t take anyone. But we expect that to come back from the state soon, certainly before the end of the year.

RVB: Besides changing the FMCA’s articles of incorporation, what other changes are happening as a result of the referendum?

Smith: We will be doing two things: the first is redesigning our website – which should come out later this month, if not early January. Obviously we have to kind of get away from a “motorhome-only message” on our website, and we’ve been working on this for a year.

Another one is, we are actually redesigning our magazine for the first time in about 10 or 12 years. We’re changing not only just the look, but the content as well. I should mention that a big concern that we heard from motorhome owners is they didn’t want their motorhome content to be reduced. They were telling us ‘we’re okay with allowing all RV owners in. We welcome them with open arms. We just don’t want you guys to steer away from motorhome-only content.’ We’re not going to do that.

So we’re going to see the redesigned magazine actually get bigger, with content that we currently have for motorhome owners as well as adding content for all RVers. A lot of our articles that we have already can be applied to all RVs as-is. So there is going to be some change in content, but it’s not going to be a massive overhaul.

RVB: You mentioned a marketing plan to recruit towable RV owners; could you share some details?

Smith: There are a couple of avenues that we’ll pursue. I think one of the bigger ones right out of the chute – and where all this came from – is a lot of members approached our executive board and said ‘hey, I want my friends to be able to join FMCA. It’s a great organization. We have great benefits. We want them to be able to go to rallies with us.’ So I think word of mouth just may be the biggest one out of the box, because this idea came directly from membership. So we fully expect to have a lot of our current members recruiting members.

Also, a lot of people come up to us at RV shows and say, ‘Hey, I like your benefits, looks great, can we join?’ Now we can welcome them, and so that’s going to be a big place where we can attract membership. Other ways will be through your typical digital marketing and avenues like that.

RVB: What will that marketing message be?

Smith: One will be our content, but another – and what I think is going to make it easy for us – is we currently have benefits that anyone can use. A lot of our benefits are going to transition over to any RV owner, like our Michelin tire program and the FMCA Roadside Rescue benefit. Or the Connect-on-the-Go Plan with Verizon we just came out with, and the TechConnect+ benefit package through Sprint we also just came out with. So, a lot of our benefits will beautifully transition over.

Plus, we’re a nonprofit and our mission is education of our members. So we’re going to – I won’t spoil it – but starting in January we’re going to be working with one of the top people in the industry. He’s worked with all RVs for years and years now. He’s going to be really working with us to update and upgrade the content in the magazine. And we’re also going to be doing another big education push online.

RVB: Sounds like you’re ready to go on this.

Smith: You have to prepare yourselves. You can’t wait till the last second on something this significant and say ‘it looks like it’s going to be yes. Let’s get something together.’ We had to plan it out. How are things going to change for benefits? How is it going to change for education? We kind of had to go through all those scenarios, just in case it did pass. So, we’re fully prepared, we’ve thought everything through, and I don’t see any hiccups or any issues. It should be a pretty smooth transition, because we’d been preparing for a year just in case the vote did pass.