By: RVBusiness|Published on: May 6, 2009|Categories: Uncategorized| 0 comments 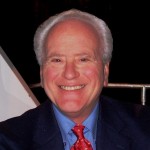 Federal tax issues are taking the forefront for small businesses, including campgrounds and RV resorts, according to consultant David Gorin, former CEO of the National Association of RV Parks and Campgrounds (ARVC).

“The last few years, you can imagine most of the activity here in Washington has been centered around defense, the wars in Iraq and Afghanistan and the war on terrorism,” Gorin told state campground leaders attending ARVC’s 2009 National Issues Conference last week in Washington, D.C. “While all that continues … tax issues are becoming more and more important, and they affect small business in a lot of ways.”

Gorin said the IRS, in particular, is attempting to close what is known as the “tax gap” — the amount of taxes the IRS expects to receive each year versus what is taxpayers actually send to the government.

“(The IRS) claims a good part of that gap is directly related to small businessmen … who under-report income and over-report their expenses,” said Gorin, who operates David Gorin and Associates and oversees the Best Parks in America marketing group.

“As you deal with large deficits and the need to generate more and more revenue to cover all the initiatives that are on the table now being paid by stimulus money going forward, how do we raise tax revenue? One of the ways, of course, is to increase taxes. The other way is to reduce the tax gap, and make sure there is increased compliance with tax laws.”

Besides increasing the tax burden, IRS efforts to close the tax gap will result in more paperwork, he said.

“There are some very scary discussions about what they are planning on doing to track down the tax-gap individuals, Gorin said. “It has to do with huge amounts of paperwork for small businesses, particularly.

“Instead of giving (IRS form) 1099s just for people who work for you, you will have to give 1099s to everyone that you make payments to, no matter who it is. Having, for example, FedEx send to you a 1099 for every nickel you spend with them, they are then going to report that to the government so there are ways to match expenses to reports.

“There are a lot of things going on in that area. We really have to be careful.”