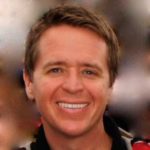 CampgroundViews.com received national and international headlines over the last few weeks for their videography work covering the Howe Ridge Fire in Montana, according to a press release. (To view a video click here or scroll to the right side of the RVBUSINESS.com home page).

Founders of the company, Mark and Katarina Koep, were vacationing in Glacier National Park when the Howe Ridge Fire exploded from a small lightning caused blaze into an inferno wiping out historic cabins along the shores of Lake McDonald. The couple captured footage of the fire and provided the coverage to media networks around the globe for use in communicating the story.

“It was frightening to sit on the opposite shore of the lake and take in the massive fire that was burning on the other side,” stated Mark Koep, CEO of CampgroundViews.com. “In the video you will hear a crackling and hissing. That is not poor audio, that is the fire.”

The couple immediately began capturing footage of the fire utilizing both their cell phones and professional video capture equipment. The resulting film was cut into two tracks with one being 32 minutes of footage captured in 4k and the other a condensed version narrated from cell phone footage that is six minutes long. In both videos, the immense size of the smoke plume and flames is visually evident.

“The massive scale of the fire and the ensuing challenges in fighting such a blaze were well demonstrated in the footage, ” added Koep. “We immediately raced back to the RV and produced the footage for release.”

The footage was picked up by regional, national and international media outlets. In addition, the original footage was posted to the company’s Youtube channel where it has been viewed over 45,000 times.

Mark Koep also recorded an interview with Tom Ladenburg, the general manager of West Glacier Kampgrounds of America (KOA) at the fire camp that was later established adjacent to the RV resort property (setup on land owned by the owner of West Glacier KOA). The interview focused on how park operators can help in times of crisis and how to best establish connections with local fire departments to address the availability of a property for such purposes.

“We are most proud that we were able to help inform a wide audience and serve the community with this information. Glacier National Park is a beautiful destination and it is our hope that the firefighters can safely and effectively manage the blaze, ” concluded Koep.