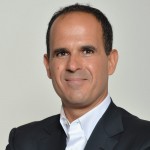 This, of course, is big news for the industry at large, coming as it does amid an era of continuing consolidation.

Tom Johnson’s, a regional powerhouse founded in 1967 with camping facilities located next to both stores, has been North Carolina’s No. 1 RV dealer for 23 consecutive years and – partly because of its NASCAR links – has cultivated an almost legendary name in U.S. motorhome retailing.

“Camping World has signed an agreement to purchase Tom Johnson’s Camping Centers in North Carolina with one location in Marion and the other in Charlotte at the Charlotte Motor Speedway,” Lemonis told RVBUSINESS.com. “So, this is a big day for our company because Tom Johnson’s is one of those RV businesses that sets the bar very high. It’s led by Gary Stroud, who’s been with the company for 20-plus years and who, frankly, is about as good as it comes not only in the quality of his character, but in his knowledge of the RV industry.”

Lemonis announced in meetings late last week with employees at both TJCC stores that Stroud will stay at the company’s helm with Tom Johnson himself remaining in somewhat of an advisory role.

“You know, sometimes we make acquisitions because they’re strategic in a market,” said Lemonis, who’s been highly visible lately on “The Profit,” a CNBC reality TV series. “Sometimes we make acquisitions because the businesses are distressed, and other times — like this — because we think it dramatically enhances our company and brings good market share, revenue, earnings and leadership not only for that business, but for people inside the organization who I see having a really good future in other parts of our (CW) organization, providing leadership outside of Tom Johnson’s as sales and service managers. 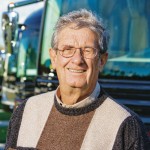 “The bench is very deep there, very strong, and it’s one of those businesses that has its act together in a very meaningful way,” said Lemonis, adding that the buyout of TJCC, which will retain its original name, also bolsters CW’s proficiency in marketing high-end motorhomes.

A CW parts and accessories store will be located in at least one, if not both of the TJCC stores.  “And I think that one thing that would surprise everybody is that I would expect Tom Johnson to have a presence on the West Coast with their business model in the next 12 to 18 months – utilizing the company’s resources but really targeting on their skill set and what they do best,” Lemonis explained.

Meanwhile, CW has also agreed to purchase Dandy RV, a strong southern dealership dating back to 1976 and currently doing close to $30 million a year in sales at its I-20 location west of Atlanta, according to Lemonis, who’s been on a buying spree lately and claims to have six more acquisitions in the works.

Dandy RV is a well known towable and motorized retailer owned by Jim “Dandy” Cooley, who will be turning over the day-to-day reins of the business to some of his current management team after the planned sale is finalized in January. Lemonis told RVBUSINESS.com the dealership will be renamed Camping World of Oxford, adding that the company’s KOA campground will be managed independently by one of the area’s Good Sam-member park operators.

“We’ve announced a letter of intent to acquire the assets of Dandy RV,” Lemonis reported. “It’s probably one of our most exciting acquisitions for the simple fact that they are the No. 1 towable dealer in Georgia and Alabama. And Jim Cooley brings a great customer experience and a lot of volume and good execution. It’s one of the coolest facilities that I’ve seen because it has a large campground that goes with it right on I-20 between Birmingham and Atlanta.

“It’s really an excellent destination, and it helps round out our business in the Alabama market. You know, I’ve had a personal relationship with Jim Cooley for 10 or 15 years and Camping World partnered with them for a number of years as well. It’s really a great relationship, and when Jim and I talked, it was really about giving the people at his location in Oxford, Ala., a chance to take their business to the next level and create some opportunities for his people that he didn’t believe he could create on his own.”