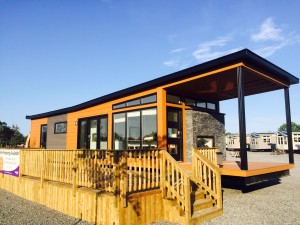 According to a press release, Sherkston Shores is a three-season resort situated along Lake Erie and a 90-minute drive from Toronto. The upscale resort offers a host of amenities including waterslides, a skate park, tennis and quarry fishing.

“We are delighted to bring the Black Diamond Edition to our resort community,” said Dave Napp, CEO Carefree Communities. “Over the past two years we have worked hard and made major investments to make Sherkston Shores into the ultimate resort on the beach and these beautiful, luxurious cottages are a reflection of that commitment.” 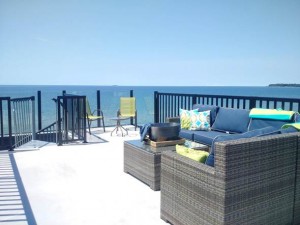 “We wanted to design a park model like no other in the marketplace today, push our industry to think outside the box and give our consumers something to get excited about, said Chris Faulkner, vice president, General Coach Canada. “I think we’ve succeeded in creating an elegant but approachable and affordable summer home that looks like something out of a design magazine but would not look out of place in the woodsy water resort and retreat that is Sherkston Shores.”