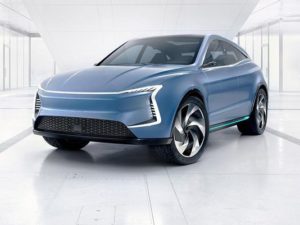 An electric vehicle startup announced Wednesday (May 30) that it is retooling an Indiana factory and hopes to conduct trial runs for two new lines of vehicles by the end of the year, according to a report by The Detroit News.

State officials say SF Motors, a Silicon Valley-based subsidiary of China’s Chongqing Sokon Industry Group, plans to hire back some workers who were laid off when AM General halted operations at its Mishawaka plant last year.

The company says it will spend $160 million to buy, renovate and retool the factory, which will serve as the company’s main U.S. manufacturing plant. It plans to employ up to 467 workers.

To secure the deal, the state of Indiana is offering the company $3.8 million in tax credits and up to $500,000 for worker training. The state is also offering an additional $653,000 in tax credits through a program that encourages companies to take over existing out-of-operation facilities.