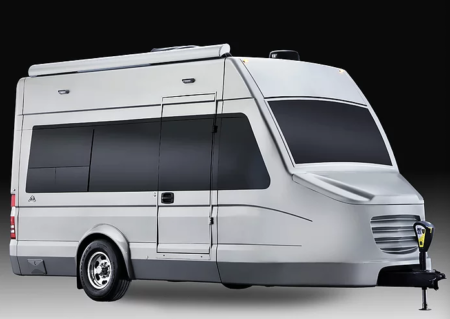 Chinook RV’s Silver Trail Wagon AFE towable received strong feedback from attendees during the Elkhart RV Open House, according to a press release. The unit was positioned next to a Countryside B-Plus van in the company’s display at the Elkhart Airport.

“We noticed a lot of people that were driving by actually stopped and pulled over just to take cell phone pics and share with their friends,” said Marie Pennington, marketing and communications at Chinook.

A new Trail Wagon TFE in bright white was also on display, a color that is “preferred by many motorhome and van enthusiasts and matches well with most motorhomes,” Pennington noted. The model featured an update to its exterior with rounded front corners alongside the traditional trailer front end.

As Chinook looks to the future, a B-Plus motorhome is in the works with a prototype expected to be completed by early 2020.