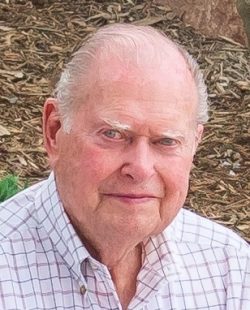 Back in the 1960s the RV Industry was transforming itself into larger and more professional companies that became national in scope and were led by executives who brought skills from other business sectors and applied them to the RV world.

One of those execs, as you probably know, recently left us on Dec. 23 – 92-year-old Thomas Harold “Tom” Corson, one of the founding brothers (along with Keith and Claude Corson) of Coachmen Industries Inc. (COA), a company that built a huge reputation back in the day as a manufacturer of both towable and motorized RVs.

Tom and his industry peers — ground-breaking individuals like John Crean of Fleetwood Enterprises Inc., Richard Klingler of Holiday Rambler Corp., John Hanson of Winnebago Industries Inc. and Art Decio of Skyline Inc. — all had special skill sets that enabled them to build successful RV companies. And all of them had the intuitive leadership skills to attract and build on the talents of others. Tom, of course, teamed with his wife and partner Dorthy “Dottie” Corson who, early on, served as secretary of the corporation and as an active member of the board of directors.

Looking back for a moment at those foundational skill sets, the building blocks upon which the industry’s modern era was really launched, Crean, for example, was a master of operational standardization and excellence. As one of the most successful managers of widespread, multiplant operations in both the RV and MH industries, he and his team created an operations manual that assisted local managers in their day-to-day decision-making and provided a structure allowing “average people” to do “above average” work.

Decio, who’s still a factor today around the RV-centric Elkhart, Ind., community, was a master of the “cash is king” formula and operated his company stringently hoarding cash and partnering with suppliers to hold inventories for multiweek deliveries.

For his part, Corson, following a successful career at Associates Financial Services (purchased by Ford Motor Co. to help form Ford Motor Credit), brought with him a strong financial background and some key associates to help him mold Coachmen into the national brand it would ultimately become including Ed Gobdel, Bob Adasiak, Bob Gottschalk, Jay Hamilton and Chuck Ornduff.

Corson’s financial training and background became a primary ingredient for the success of Coachmen and the subsequent strength of the many industry people who traversed the corridors of the company and ultimately went on to lead other successful ventures over the years. The list of graduates of what some industry insiders humorously referred to as “Coachmen University” is indeed lengthy as alumni today continue to impact the RV industry in an incredibly significant way — this perhaps being the most significant industry legacy of Tom Corson at the end of the day.

Yes, there’s industry leaders like Pete Liegl, who came to Coachmen as a trained accountant and, years later, winds up as president and CEO of Forest River Inc., a Berkshire Hathaway Inc. subsidiary that acquired the Coachmen brand in 2005.

Thor Industries Inc. President and CEO Bob Martin was a Coachmen trainee and sales associate before heading to Keystone RV Co. and Thor. The former Thor execs who launched Grand Design RV, Ron and Bill Fenech and Don Clark, all started their careers at Coachmen as did current Coachmen President Mike Terlep, who first worked in sales at COA.

Not to be overlooked are other industry luminaries like Don Walter, Lawton Tinley, Sid Johnson, Pat Carroll, Brad Sargent, Brian Brady, Dave Hoefer, Joe Smucker, Jim Morgan, Ken Huys, Tom Graham and Bernie Lambright, who spent their youthful days at Coachmen and went on to prominent roles at several companies. Then, of course, there’s Tom’s daughter, Claire Corson Skinner, who also worked alongside Tom and ultimately chaired the RV Industry Association (RVIA) board of directors in addition to Coachmen’s own board.

Anyway, you get the picture regarding Tom Corson’s epic impact upon the North American recreational vehicle business and the varied personalities who spent time at Coachmen before heading off in many cases in whole new directions. As many of you well know, I, too, spent a bunch of years – 19 to be exact — there, and my father, Pete Fore, spent 25 years at Coachmen, most of them as vice president of operations.

In the process, many of us learned to understand the financial impact of every action and how to manage financially — great lessons for all of us.

We’ll remember how Tom understood the market at the time and how he moved Coachmen to larger trailers, then to fifth-wheels and then motorhomes as the marketplace called for it and the company developed the necessary capital to expand.

He rightly believed at the time that the market, and the company, were best served by exclusive Coachmen dealerships. In fact, he made that one of the guiding principles to growth for many years. At one point, the glory days as it were, about half of Coachmen’s dealers were exclusive.

Corson also made Coachmen a leader in terms of warranty, service and parts. During his reign, “The Buck Stops Here” warranty was developed both as a strong marketing message, but also as a guiding principle. He understood the need for good industry self-regulation, to keep the government from encroaching, and made sure that Coachmen was at the table helping to develop the RVIA Standards programs over the years.

He believed in industry unity before it was popular as an early supporter of the game-changing Go RVing program that was not all that popular with some of his peers at the outset. Now, thanks to the efforts of many RVIA members and others, Go RVing has become a bright spot for the RV industry and the envy of others.

So, Tom, we want to take this time to thank you and your peers for all the work you did and leadership you provided in those formative years to make the RV arena a thriving part of the economy and a healthy place for all of us involved to work throughout our lives. And, hopefully, our combined legacy will be as brilliant as yours. Rest in Peace.

NOTE: Visitation for Tom Corson will be from 1:30 to 6 p.m. next Friday (Jan. 10) at Miller-Stewart Funeral Home, 1003 S. Main Street, Middlebury. There will also be an hour of visitation prior to the 11 a.m. funeral service on Saturday (Jan. 11), at the First United Methodist Church, 720 S. Main Street, Middlebury. Burial will follow immediately at Grace Lawn Cemetery, Middlebury. Military graveside honors will be provided by the U.S. Navy. Reverend Ron Russell will officiate.

In lieu of flowers, preferred memorials are to the Interlochen Center for the Arts (Thomas H. Corson Memorial Fund), P.O. Box 199, Interlochen, MI 49643; and the First United Methodist Church of Middlebury, 720 S. Main St., Middlebury, IN 46540.