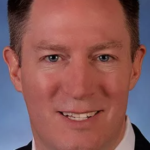 The board of directors for Indianapolis-based Allison Transmission Holdings Inc. has promoted Fred Bohley to chief financial officer. Bohley, who has been with the company since 1991, will assume his new role in June.

According to a press release, Bohley will succeed current CFO David Graziosi, who was named chief executive officer of Allison in August and will assume his new role next month. Bohley will also continue in his current role as treasurer, which he has held since July 2017.

“Fred has been an instrumental member of our organization for many years,” said Graziosi. “I have worked closely with Fred, and I am confident in his ability to continue driving our vision and values in his new role as chief financial officer.”

Bohley has served a variety of positions in his 27 years with Allison, from general accountant to vice president of finance.