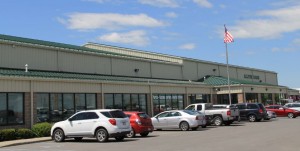 Alpin Haus President Andy Heck is admittedly cautious by nature. As steward of the family grown dealership in upstate New York established by his father, Bud, in 1964, Heck has incrementally expanded the company through “smart growth” – a business acumen that has translated into not only success, but also longevity.

“I guess it’s fair to say that I’m not a big risk taker,” said Heck who officially took over day-to-day operations in the late 1990s. “But as business warranted, we have expanded our three RV operations to keep up with demand. In 2003, we built our main Amsterdam store, which includes a 70,000-square-foot sales and service facility on 28 acres. Then last year we expanded parts and service at our Saratoga outlet. And as we grow, we continue to add employees.”

In 2011, the company also expanded its RV parts and accessories offerings by taking over a 14,000 square-foot section of a facility that was formally leased to Camping World Inc. in Amsterdam. Heck noted that the company’s workforce currently stands at around 175, including two locations in the upstate area dedicated to an assortment of outdoor-geared products including snowmobiles, pools, hot tubs and ski equipment.

While keeping pace with demand through brick and mortar growth, Heck has been steadfast in maintaining the dealership’s focus on towable RVs complemented by a select mix of motorhomes, 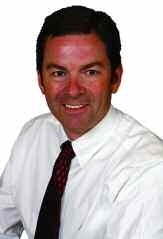 “We have a pretty good understanding of our market and what our customers want,” he said. “This region is a hotbed for outdoor sports and recreation, and towables are what sell.”

“There were several reasons why it made sense,” Heck said. “Business was different then, and there were a limited number of full-line Monaco dealers. We essentially were the only Monaco dealership from the tip of Maine down to Washington, D.C. It was a pretty attractive setup.

“But like a lot of dealers, when the economy tanked and Monaco went under, we got stuck with a lot of inventory. It was a tough situation. There were just too many things that were out of our control. We picked up the Tiffin line but on a much more conservative scale.”

Returning to its roots, Alpin Haus regrouped and regained its footing as the region’s premier RV dealer. Interestingly though, as towable sales surged and the bottom line continued to improve, Heck made a decision to increase the dealership’s presence outside of its stronghold in upper New York.

“For the first time, we added a third RV store a couple of years ago that was outside of our market area,” he said. “We had watched some other dealers do it successfully, and the opportunity came up to lease an existing dealership in Port Jervis, which is close to the Pennsylvania border.”

Heck said the move was designed to “let us stick our toe in the water.”

“It’s been a process for us,” he said. “We’re learning how to develop systems and processes from scratch. The big thing was personnel. For the first time we had to hire all-new staff. But it’s been going well, and we’re getting the right people in place. I could see us in another two or three years opening another out-of-market store.”

Heck stressed, however, that the main priority was to further strengthen existing locations. “We want to get strong financially,” he said. “In 2014, we had a tremendous year in terms of both sales and profitability, so we have built an extremely solid base. We want to continue to improve on that stability and, again, grow as warranted.”

“Because we have a lot of family members involved – my brother and sister are also in the business – we have been able to share the same values and create a consistent culture for all our stores,” he said. “But we have also transferred that to our employees. Alpin Haus has been recognized seven times by the Albany Business Review as a ‘Great Place to Work.’ I think that carries over to our customers. They know they’re not going to see a lot of turnover and that’s important. It just extends that family focus throughout the entire operation.”