Dometic’s LaGrange Closure is ‘Not Linked to Market’ 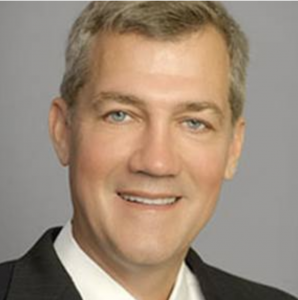 Although this week’s announced closing of Dometic Corp.’s 197-employee LaGrange, Ind., facility came as a surprise to many in northern Indiana’s RV-building zone, the decision to do so was actually part of a long-term corporate plan unrelated to recent industry trends, Dometic Americas President Scott Nelson told RVBusiness.com

In fact, the decision to transfer awning production to an existing facility in Mexico was mainly driven by utilization issues, Nelson explained, adding in Thursday’s (Jan. 23) release that Dometic would be working closely with state and local government officials to coordinate services to assist affected workers.

“This is really a consequence of a number of things,” said Nelson. “This is a global business. We have 26 plants around the world, so we’re mainly just looking at where we can service and support the business more efficiently.”

The LaGrange facility, which manufactures RV awnings, has been in Dometic’s stable of operations for 42 years and served for a time as the company’s U.S. corporate headquarters. Dometic today is based on the east side of Elkhart, Ind.

While the LaGrange plant is scheduled to close by March 31, Nelson said the decision was made not just from a cost perspective, but also with quality and other business considerations in mind. “Obviously, this decision was hard to reach,” he said. “It’s taken place over a long period of time. It’s not knee-jerk. It’s not, per se, a reaction to any industry downturn. This is more of an intentional, long-term manufacturing strategy.”

Dometic has been talking to affected workers inasmuch as the company will be retaining some of them. Nelson couldn’t say exactly how many would be offered different positions. “Part of them will be absorbed in our other facilities and the others will be severed,” he said.

Bottom line, the planned LaGrange shutdown relates to the maximization of available production space more than anything else, said Nelson, whose company operates five other facilities in northern Indiana including a major distribution hub in Goshen.

“This is a constant challenge,” he added. “Since 2002, we’ve made 17 acquisitions and, as you go through these, you acquire a lot of brick and mortar over those years. This is part of a much broader strategy of how you optimize what you have in terms of production facilities.”

At the same time, he said he’s sympathetic for the plight of affected workers. “Unfortunately, I’ve had to do this in my past career as well,” he said. “It’s very challenging. You take these decisions very seriously because you understand how this affects people.”