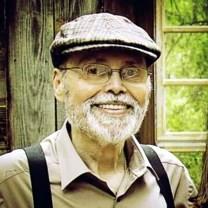 McNamara established the dealership in 1976 and built it into one of the strongest operations in the state. Giant Recreation World eventually added locations in Ormond Beach and Melbourne that were recently relocated to a 14-acre plot in Daytona Beach and 25-acre property in Palm Bay, allowing the company to significantly expand its footprint.

The Winter Garden facility also added eight acres by acquiring a closed RV dealership next door that included frontage on Florida Route 50 so that Giant Recreation World now operates more than 14 acres of sales and service there with additional service bays, a collision center and spray-on bed lining and roof recovery systems.

“Don was truly a pioneer and always ran strong dealerships,” said Lance Wilson, executive director of the Florida RV Trade Association (FRVTA). “I believe Giant Recreation World was the first multilocation dealership in the state. He served on the FRVTA board and was a strong advocate for dealers’ rights. He was very involved in dealer-related issues in the state.”

Giant Recreation World was recognized as one of the best places to work in Central Florida, and was also awarded with an RVBusiness Top 50 Dealer Award. Currently, the company employs around 130 full-time and 25 part-time workers. His son, Larry, serves as CEO.

According to his obituary, McNamara’s success as an entrepreneur made it possible for him to endow the families of his employees with college scholarships, to support his community and to make a positive mark on the world. He was always willing to help those around him who were in need and was very active with many charities including but not limited to The Homeless Veterans in central Florida, local schools, pet rescue organizations and the Saint Jude’s Children’s Hospital.

Due to the capacity restraints of the funeral home, the family will host a reception to celebrate his life on Sunday (Jan. 7) at 3 p.m. at the Winter Garden dealership, 13906 West Colonial Dr.

In lieu of flowers the family would like donations made to the following charities in his name: Polka Dogz Pet Rescue, ([email protected]) and St. Jude Children’s Research Hospital