Dutchmen Ahead of Schedule on Syracuse Plant 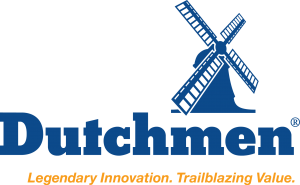 Goshen, Ind.-based Dutchmen Manufacturing Inc. is ahead of its production schedule at the 183,000-square-foot factory it opened in November on the north side of Syracuse, Ind., to build and conventional and ultralight travel trailers.

”It’s coming up to speed very quickly,” said Troy James, vice president of sales for the towable RV-manufacturing unit of Thor Industries Inc., now part of Thor’s Keystone RV Co. Inc. subsidiary. ”We are ahead of the plan that we put together in the fall.”

While declining to disclose specific production figures, James reported that the company has already hired 90 of the 120 employees it anticipated adding to its workforce after going into full production at the vacated Thor plant.

Dutchmen employs about 800 people companywide at five production facilities in Northern Indiana and one in Oregon.

With Dutchmen’s 2017 model-change scheduled for May, full production is expected in late July.

The factory, located on Indiana 13 on the north side of Syracuse near the Elkhart County line, was configured to be versatile, James said. ”We literally can build any of our conventional or ultralights down there.”