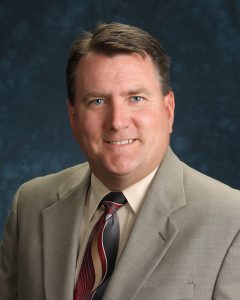 Mounting talk of trade wars coupled with whispers of slowdowns in the automotive and RV industries have some in Indiana’s Elkhart County voicing concerns about what may be in store for the local economy moving forward. But, according to one local business expert, those concerns are largely unfounded.

The Goshen News reported that Mark Dobson, president of the Economic Development Corp. of Elkhart County (EDCEC), provided county council members Saturday (July 14) with an extensive look at his organization’s recent business attraction and expansion work both in the county and the surrounding region.

A public-private partnership serving the cities, towns, businesses and residents of Elkhart County, the EDCEC defines its mission as working to create an economically vibrant community by recruiting, retaining and strengthening the county’s economic base and being a catalyst for diversification, innovation and economic change. It pursues this mission by working with companies looking to locate or expand in Elkhart County.

Dobson’s update Saturday was provided as a lead-in to his request for the EDC’s annual funding contribution by the county, this year in the amount of $207,199. The request was later approved by the council in a unanimous vote.

According to Dobson, while it’s true there is a slowdown happening within the RV industry, that slowdown is not necessarily a sign of hard times ahead.

“You have heard rumors of layoffs, I’m sure, and there have been some,” Dobson said of the slowdown. “I have spoken to both of the locally headquartered folks, and also the folks outside of the area. There are a couple of significant things that have caused that.”

Among those, Dobson said, is a lack of technicians at the dealership level.

“So when you go in to purchase your RV, the prep effort is delayed right now because there is a lack of technicians in the market,” Dobson said. “There was also quite an exuberant 2017 RV Open House where virtually everything was ordered, and now the dealers are at the point of the 2018 RV Open House about to happen, and they are desirous to have the 2019 models, rather than the existing ones. So they are pushing back a little bit right now, saying, ‘Please, lets slow down a little bit.’”