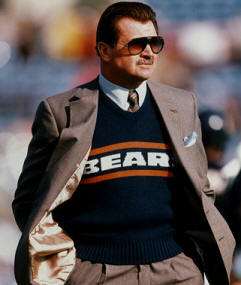 According to a press release, the event is scheduled for Sept. 23 at 4 p.m. at EverGreen’s display along Executive Parkway in Elkhart, the main feeder to Thor Industries Inc.’s exhibit at the RV/MH Hall of Fame.

Ditka is a member of both the College Football and Pro Football halls of fame, and a five-time All-Pro tight end with the Bears, Philadelphia Eagles and Dallas Cowboys. He also coached the Bears to a 46-10 pummeling of the New England Patriots in Super Bowl XX, deciding the NFL champion for the 1985 season.

Throughout the Open House, EverGreen will be showing all-new 2016 product across all lines, including its Lifestyle Luxury RV and Skyline RV divisions.