Fleetwood RV Inc. is being run in a unique way by a two men with with more than 50 years experience in the RV industry.

Chuck Wilkinson, CEO, and John Draheim, president, are running Fleetwood RV together. “They have specific functions that dovetail, but one does not report to the other”, according to information provided by Fleetwood to RVBUSINESS.com.

They are based in Decatur, Ind., home to the company’s two manufacturing facilities, two service facilities and the Goldshield Fiberglass subsidiary. 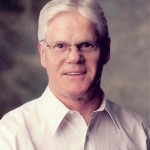 Wilkinson is an industry veteran with over 40 years of experience in both the manufactured housing and recreational vehicle industries. He began his career with Fleetwood Enterprises Inc. in 1969 and during his tenure with the company held many executive level positions, including serving as chief operations officer, executive vice president of the Housing, RV and Supply groups and senior vice president of the Housing Group.

In 2009, Wilkinson played in a key role in American Industrial Partners’ (AIP) successful acquisition of Fleetwood’s RV Group, now named Fleetwood RV Inc. As the company’s CEO, Wilkinson is primarily responsible for the internal aspects of the business including finance, human resources and oversight of the manufacturing facilities in Decatur, Ind.

Draheim first entered the RV industry in 1997 when he joined Fleetwood Enterprises as a regional sales manager for its motorhome division.  During his tenure at Fleetwood, Draheim held several senior management positions, including vice president of sales and marketing for the RV Group. After leaving Fleetwood in 2004, Draheim held executive management positions at Monaco Coach Corp., National RV and Thor California. 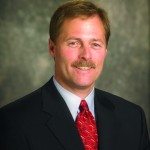 In early 2008, Draheim returned to Fleetwood Enterprises as general manager of its motorhome manufacturing facility in Riverside, Calif. He was quickly promoted to vice president of the motorhome division, and played a key role in the successful AIP acquisition. As president and co-leader of Fleetwood RV, Draheim works in tandem with Wilkinson and is primarily responsible for the external aspects of the business including service, sales and marketing.

The remaining members of the senior management team are: Debra Pak, CFO; David Coffin, vice president of engineering, development and design; and Chuck James, director of service and parts.