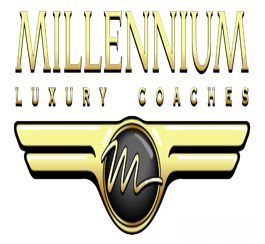 The Travel Channel’s “Extreme RVs” season premiere opens with a pair of back to back episodes on Sunday October (Oct. 5) at 9 p.m. EST. According to a press release, the 10 p.m. episode features a custom-built 2015 Millennium Coach with four expanding slides along with the latest technology and designer accents.

The segment spotlights coach owners Howard and Debbie Palmer at their getaway in the Florida Keys, and their aptly named “$2 Million Dollar Millennium Palace,” which was custom built to the Palmer’s exact specifications and features.

“When we walked aboard for the first time we were speechless, I actually got a little teary,” stated owner Debbie Palmer. “There’s nothing I would change. I love how it all came together.”

“As leaders in the luxury RV industry, Millennium Luxury Coaches was a natural fit in the lineup of extreme coaches,” said Millennium co-owner Evelyn Figueroa. “We are thrilled for this opportunity to showcase our innovative coaches that represent our team’s passion for technology and design.”

Millennium Luxury Coaches, which just marked its 15th anniversary, has roots in the luxury yacht industry and cites customer service and relationship building as keys to their success. For more information click here.