RV shipments to retailers rose sharply in February, climbing 31.8% above last month and up 24.2% ahead of this same month last year.

The 24,600 units reported in the latest survey of manufacturers marked the best February total in four years for all RV products and raised the first two month’s total this year 15.2% above the same period one year ago.

On a seasonally adjusted basis, February shipments were at an annual rate of more than 286,000 units, a gain of 12.9% over the January rate. 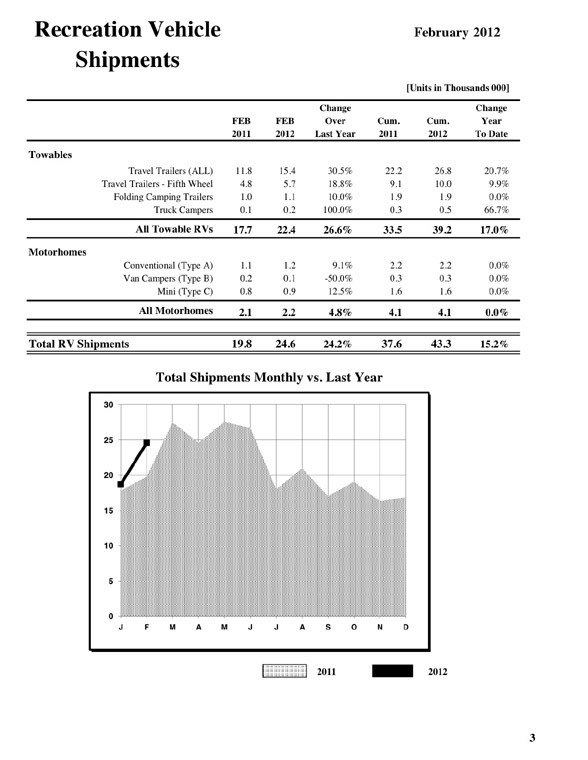