FMCA Heads to N.D. for 100th Convention and Expo 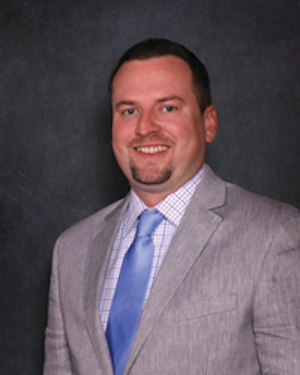 FMCA hosted its 99th International Convention and RV Expo March 13-16 in Perry, Ga. For the first time in 45 years, FMCA hosted a convention at the same site two years in a row and the results were very satisfying. The recent convention in Perry attracted right around 2,300 RVs. That equates to the second-largest attendance we have had at a convention since 2011. Number one took place in Perry.

The convention staff and the Convention Committee have worked very hard to make the events better. We have looked at every aspect of the convention, from parking to daytime and evening entertainment and everything in between. The results speak for themselves. We send out surveys with many questions to all of our attendees. Open-ended comments allow voices to be heard and provide feedback to make the events better.

For the Perry 2019 convention, the first-time attendees who were surveyed graded the event with a score of 58. Those who have attended multiple conventions gave the Perry 2019 event a 66. While we are happy with those excellent scores, we want to be world-class. So, keep the feedback coming, and we will continue to work to improve the events.

Now that Perry is in our rearview mirror, it is time to focus on our next convention. We’ll be setting up camp at the North Dakota State Fairgrounds in Minot, N.D., Aug. 14-17, 2019.

With it being FMCA’s 100th international convention, this is a particularly special event. The convention theme, “Minot Magic — 100 Times the Fun,” reflects our excitement. Many special surprises are in store. One that we announced last month was that Captain Chesley “Sully” Sullenberger will be our keynote speaker. He is best known for serving as captain during what has been called the “Miracle on the Hudson,” but he has an impressive background.

After logging more than 20,000 hours of flight time, Sullenberger became internationally renowned on Jan. 15, 2009, when he and his crew safely guided US Airways Flight 1549 to an emergency water landing in New York City’s frigid Hudson River. The Airbus A320’s two engines had lost thrust following a bird strike. Captain Sullenberger and his crew received international acclaim for their actions that day, including the passage of a Congressional resolution recognizing their bravery. He was ranked second in Time magazine’s “Top 100 Most Influential Heroes and Icons of 2009” and was awarded the French Legion of Honor.

Born and raised in Denison, Texas, Sullenberger pursued his childhood love of aviation by learning to fly at age 16 while still in high school, and later at the United States Air Force Academy. At his graduation from the Academy in 1973, he received the Outstanding Cadet in Airmanship Award. In addition to his bachelor’s degree in psychology, he also has two master’s degrees, one in industrial psychology from Purdue University and one in public administration from the University of Northern Colorado. He also has an honorary Doctorate of Letters from Purdue University.

Sullenberger served as a fighter pilot for the United States Air Force. He advanced to become a flight leader and a training officer, attaining the rank of captain. During his active duty, he was stationed in North America and Europe. After serving in the Air Force, in February 1980 Sullenberger became an airline pilot with Pacific Southwest Airlines, later acquired by US Airways, until his retirement from commercial flying in March 2010. He still flies privately.

He has been dedicated to the pursuit of safety his entire adult life and speaks on the topics of aviation and patient safety, crisis management, leadership, and living a life of integrity.

In addition to Sullenberger’s keynote, the FMCA Academy will be presenting RV Basics prior to the start of the convention. During 2 1/2 days in a relaxed classroom setting, RV experts share information about RV operation and systems. RV Basics is ideal for new RVers but also great as a refresher course for others. We have had excellent feedback from RV owners who have completed these sessions.