Former Indiana Sen. Richard Lugar, a Republican foreign policy sage known for leading efforts to help the former Soviet states dismantle and secure much of their nuclear arsenal, died Sunday. He was 87. 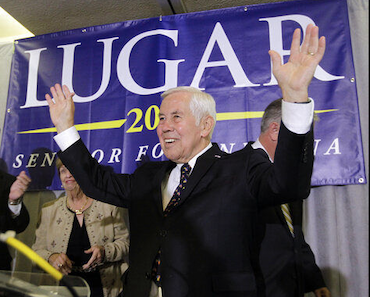 The Associated Press reported that the soft-spoken and thoughtful former Rhodes Scholar was a leading Republican voice on foreign policy matters during his 36 years in the U.S. Senate, but whose reputation of working with Democrats ultimately cost him the office in 2012.

Lugar was also a strong supporter of the RV arena, RV Industry Association (RVIA) President of Government Affairs Jay Landers told RVBUSINESS.com. “The RV industry, the state of Indiana and our nation have lost a true statesman and public servant. Senator Lugar worked tirelessly in a bipartisan way to find solutions to our country’s problems. He will be missed. Our condolences go out to his wife and his family.

“I ran into Senator Lugar a couple months go at the airport. While he appeared to be slowing down, he was still sharp as we spoke about several people we knew in common.”

Lugar’s long popularity in Indiana gave him the freedom to concentrate largely on foreign policy and national security matters — a focus highlighted by his collaboration with Democratic Sen. Sam Nunn on a program under which the United States paid to dismantle and secure thousands of nuclear warheads and missiles in the former Soviet states after the Cold War ended.

Lugar served for decades on the Senate Foreign Relations Committee, twice as chairman, where he helped steer arms reduction pacts for the presidential administrations of George H.W. Bush, Bill Clinton and Barack Obama, supported an expansion of NATO and favored aid to Nicaragua’s Contra rebels.

“Lugar was a leader not only in the Senate but also on the world stage, where he worked tirelessly to bring pressure to end apartheid in South Africa and enforce treaties that destroyed Soviet weapons of mass destruction,” Vice President Mike Pence, a former governor of Indiana, said in a statement.