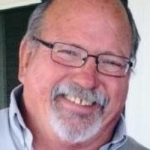 Allen Lynn Oltmer, former president of the Texas Recreational Vehicle Association (TRVA), passed away Feb. 3 at a Temple hospital in Belton, Texas. He was 67.
Oltmer moved to Belton in 1986 and opened Sunbelt RV Center with his parents alongside the Belton KOA Campground in Belton, which he owned and operated until he passed away. He was named a TRVA Lifetime Member in 2008.
Oltmer was born on July 15, 1950 in Oceanside, Calif. to Lavern and Margery (Nelson) Oltmer. He graduated from Wentworth Military Academy in Lexington, Mo., and received a bachelor’s from the University of Louisiana at Lafayette. He married Ollie Holt on Nov. 25, 1989 in Belton and was a member of the First United Methodist Church in Belton.

Oltmer is survived by his wife, sons Douglas Oltmer and his wife Mandy of Alabama and Barrett Oltmer of Alabama, daughter Erika Mendoza and her husband Gil of Belton, and sister Alice Zimmerman and her husband Gary of Gatesville. Also surviving are grandchildren Shelby Oltmer, Bentley Oltmer, Hunter Oltmer, Britton Oltmer, Maddox Mendoza, and Madelyn Mendoza.

A visitation was held on Monday evening at Dossman Funeral Home in Belton. Funeral services were held today with Rev. Sam Callaway and Gary Zimmerman officiating.