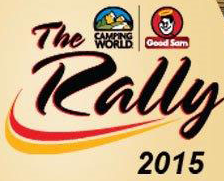 Good Sam Enterprises LLC today (Oct. 2) announced a date change for the upcoming Good Sam Phoenix Rally, which was originally scheduled for March 19-22, 2015, at the Phoenix International Raceway. According to a press release, the date change comes on the heels of the release of NASCAR’s upcoming 2015 Sprint Cup Series race schedule.

The race schedule, released on Aug. 26, outlined that Phoenix International Raceway requested for the NASCAR race to be held at the track on March 15 instead of the original date of March 1. This new date affects the scheduled Good Sam Phoenix Rally, and the event has now been advanced to February 26-March 1 with early bird arrival dates of Feb. 24-25.

“With the new date of the NASCAR Phoenix race, we are left with no choice but to advance our event in order to ensure a successful event while considering the planning and logistics of this Rally,” said Marcus Lemonis, chairman and CEO of Good Sam. “We are extremely disappointed with this change and the fact that we were not informed until late August, after we had already published our Rally dates in May of 2014. We had begun discussions with the track personnel in April and locked in the original dates at that time, while it was not mentioned to our organization that the Phoenix International Raceway was in discussions with NASCAR to change their original scheduled race date.”