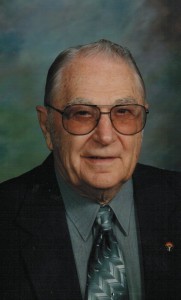 Grambsch, 97, never stopped pursuing the American Dream, according to a statement from the company. In 1957, he started EZ-Kamper after developing one of the first modern popup camping trailers in America, built originally for his family vacation and incorporating unique features not common on popup campers of the day. His ultimate impact on the RV industry led to his induction into the RV/MH Hall of Fame in Elkhart, Ind., where his original prototype EZ-Kamper is on display. His innovations contributed to the modern-day strength and popularity of the popup hobby itself.

In the 1970’s, Grambsch purchased semi-loads of new OEM canvas tops and parts from manufacturers who were either going out of business or who had ceased providing parts and support for their products. From that, Camper & Recreation (now Canvas Replacements) was born, and has grown to become the largest private supplier of canvas replacement tops and popup camper parts in the world. Canvas Replacements continues to be the largest purchaser and manufacturer of OEM parts and canvas, supplying a large portion of OEM and reproduction parts to the popup camping hobby worldwide.

Grambsch remained an integral part of the company through his retirement. His son, Bob, who serves as president, and three grandsons are also part of Canvas Replacements.