Linn will be charged with overseeing brand development of the entry-level Trail Runner line, introduced in August, and the mid-line Caliber that will debut at the 47th Annual National RV Trade Show.

“My responsibility will be to get both lines up and running, and out to the dealer network,” said Linn, 46, an Elkhart native. “These are two exciting new brands that are key in establishing Heartland as a full-line towable manufacturer.”

Prior to entering the production sector, Linn was involved in floorplan financing for RV dealers, working with Transamerica Commercial Finance and Fleetwood Credit, a division of Fleetwood Enterprises Inc.

Fail formerly worked with towable builder Keystone RV Co., Goshen, Ind., serving as regional sales manager for the past 2 ½ years. The Cisco, Texas, native previously served in the U.S. Army for 13 years before attending the University of Texas where he earned a bachelor’s degree. Fail then entered the hospitality industry, working for Fairfield Resorts, based in Orlando, Fla.

Torres, 34, brings 16 years of experience in the RV industry, including running the California division of Skyline Corp., also headquartered in Elkhart, for the past eight years. Previously, he worked for Weekend Warrior Trailers Inc., a toy hauler builder based in Perris, Calif.

“I am really looking forward to the opportunity,” said Torres, a native of Canyon Lake, Calif,, noting the Greystone line will also debut at the Louisville Show. “Heartland has become a leader in the fifth-wheel sector and it is my goal to continue to grow sales in the competitive West Coast market.” 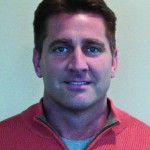 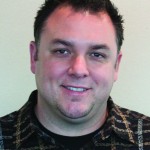 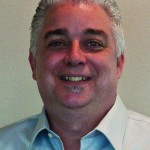