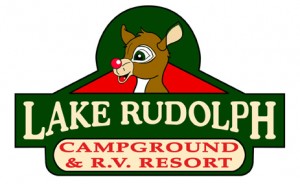 Lake Rudolph Campground & RV Resort in Santa Claus, Ind., has donated $6,300 to the Ronald McDonald House in Evansville, Ind., according to a press release.

Over the past three seasons of the Santa Claus Land of Lights, Lake Rudolph has donated nearly $29,000 to Ronald McDonald House Charities in Evansville and Louisville, Ky.

“Since opening our doors in January of 2010, we have served over 2,700 critically ill children, their families and extended families from the entire tri-state,” says Kathy Scheller. “Without the continued support of wonderful organizations like Lake Rudolph, we would not be able to carry out our mission that has impacted so many.”

These donations are the result of a partnership between Lake Rudolph Campground & RV Resort and McDonald’s. Coupons for the Santa Claus Land of Lights were offered at various McDonald’s locations and a portion of proceeds was allocated to Ronald McDonald House Charities.