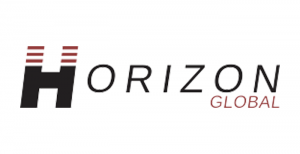 Towing and trailering equipment supplier Horizon Global Corp. reported net sales of $233.3 million in its second quarter, down from $253.6 million a year ago, while also offering an update on its action plan which included the restructuring of its Americas segment, operational improvements at its Kansas City aftermarket and retail distribution facility, and business improvement activities in its Europe-Africa segment.

“We remain encouraged that our global team continues to make solid progress on the action plan even though consolidated results for the second quarter are not in line with the prior year,” said Carl Bizon, interim president and CEO of Horizon Global. “Of key importance is the ramp up of our Kansas City distribution center and, as of the end of last week, I am pleased to report that we are currently exceeding our average daily shipment goal, and this facility is now demonstrating its ability to meet the requirements of our business. We closed the quarter with past due orders of approximately $23 million, which significantly impacted our second quarter performance. As we continue to reduce past due orders, we are fortunate that our customers have largely remained resilient and stayed with us during the Kansas City ramp-up process.

Horizon Americas: Net sales decreased 21.7%, primarily driven by capacity constraints during the ramp up of the Kansas City distribution center. Operating profit decreased $20.2 million to a loss of $2.6 million, or 2.4% of net sales, due to lower sales volumes, unfavorable input costs and severance and restructuring costs associated with facility closures and delayering the organization. Adjusted operating profit decreased $12.1 million to $10.6 million, or 9.8% of net sales.

Horizon Europe-Africa: Net sales increased 4.9%, but declined 2.2% in constant currency, as revenue growth in the OE channel was more than offset by a decline in the aftermarket channel due to limited product availability resulting from the production shift to Braşov. Operating profit decreased $59.3 million to a loss of $55.7 million, or 61.3% of net sales, attributable to the impairment of goodwill. Adjusted operating profit decreased $2.1 million to $2.6 million, or 2.9% of net sales, due primarily to the margin mix impact from the lower-margin OE business and material cost increases in excess of realized price increases.

Horizon Asia-Pacific: Net sales increased 19.1%, or 17.5% in constant currency, primarily attributable to the Best Bars acquisition completed in the third quarter of 2017. Operating profit increased 8.9% to $4.7 million, or 13.6% of net sales, driven by higher sales volumes.

Horizon Global announced a business improvement plan on March 1 with targeted initiatives to drive operating results in its Americas and Europe-Africa segments. The action plan is expected to deliver $3-5 million in consolidated cost savings in 2018, and once implemented, $10-12 million in consolidated cost savings on a full-year run rate basis. Action plan updates include:

Bizon concluded, “Our global team remains focused on achieving our action plan. We are pleased to have completed several initiatives specific to the Americas; however, we know there is a good deal of work yet to be done in Europe. The team remains committed to our success, and we are working hard to meet, and ultimately exceed, the expectations of our customers, the end users of our products and our shareholders.”