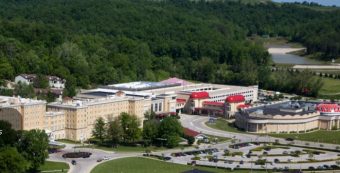 Designed to bring membership up-to-date on the overall health of the sister industries along with advancements in IMHA-RVIC’s agenda to promote and protect their interests in the state, the program covered a wide range of topics while also providing a comfortable setting for fellowship and networking.

“Our primary goal is to provide information that will help attendees stay abreast of what is happening within their respective industries,” noted Ron Breymier, executive director of the IMHA-RVIC. “At the same time we want to give them an opportunity to enjoy themselves. We heard from numerous attendees that they really enjoyed the meeting, and the location. A number of them said they will return next year and bring their families, and stay for a few days.”

Breymier related that the meeting adopted an upbeat tone as both industries are enjoying robust years, including an RV sector that is turning out record-high numbers. In the latest report from the Recreation Vehicle Industry Association (RVIA) RV shipments reached an all-time high for September while industry analyst Richard Curtin is projecting totals to hit 479,700 in 2017 and increase to 491, 200 in 2018.

“We want to make sure they are aware of the progress and continued growth that is occurring this year,” said Breymier. 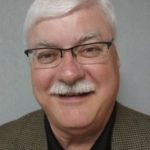 The industry’s strength also provided a driver for RVIC’s roster of consumer shows, according to Breymier, while also benefiting the group’s bottom line.

“We drew 36,000 attendees for our five shows this year,” he said, noting RVIC held two events in Elkhart along with shows in Fort Wayne, Indianapolis and South Bend. “That represented a 3,000 increase over 2016, and stands as an all-time attendance record.

“We also reported that 2017 will be the eighth straight year that we have finished in the black. That is, in part, due to our show success, but also the increased dollars from OEMs for fees on shipments. As the industries grow, so does the association. And it’s not only on RV side. We have seen significant growth on the manufactured housing side.”

On the legislative front, Breymier outlined several initiatives that benefit the RV industry, including:

In addition to acting as the industry’s voice in the state government, RVIC is also actively promoting the RV lifestyle in the state through its website, getintogettingout.com.

“For the second year, we had a series of events for our 36-foot wrapped motorhome depicting outdoor activities and people enjoying the RV lifestyle,” Breymier said. “This year, we partnered with the Indiana Department of Natural Resources for the ‘Capital Campout’ with Indiana Gov. Eric Holcomb at Fort Benjamin Harrison. It was a great event.”

In addition, the motorhome was featured during “Peirogi Fest” in Whiting and the Fishers Festivals of Machines, which allows the public to get up close to large machines like motorhomes.

“This weekend we’ll have the motorhome at the Indianapolis Motor Speedway where it will be viewed and accessed by over 4,000 girl scouts,” Breymier said. “We continue to reach out to find folks who have never camped or been up close to an RV to get them interested in the owning an RV. We also provide information on dealerships and campgrounds around the state. The idea is to get that non-traditional camper interested in RVing.

“We are also continuing to use the promo RV to take legislative and elected officials into RV factories,” he added. “We let them experience riding in an RV and also seeing how they’re made. It’s proven to be very a effective and beneficial tool, giving them a chance to experience RVing with their own eyes.”