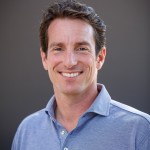 It started with a prayer and then a TED Talk.

As reported by the South Bend Tribune, Lippert Components Inc. CEO Jason Lippert was hearing that his company was successful. It had 20% growth year over year. It was making money. He thought there had to be more and was praying about what that may be.

“Out of the blue, I got a TED Talk called ‘Truly Human Leadership’ by Bob Chapman.”

That was September 2016. He decided that the company he’d led since 2003 needed to care about its people. Lippert had a reputation of driving employees hard and not paying well. It had 110% annual turnover, meaning there was constant churn.

By October, Lippert was going to every plant to apologize. He stood in front of the people he now calls team members and leaders, rather than employees and people working on the floor.

“We started with apologizing two years ago,” he explained. “Now we’re into some really cool leadership stuff.”