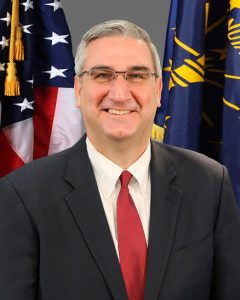 Indiana Gov. Eric Holcomb, with one stroke of his pen, may have opened a path for Elkhart County to become once again a major player in the sale of recreational vehicles, according to local officials.

As reported by the Elkhart Truth, Holcomb signed S.B. 172 into law on Thursday (April 13), which will save out-of-state RV buyers from nine states thousands-of-dollars when it comes time to pay sales tax. Before this law, 41 states had reciprocal agreements with Indiana that exempt out-of-state RV buyers from having to pay the 7% Indiana sales tax, with residents receiving a similar exemption for purchases in those states.

If you lived in the other nine states — Michigan, Florida, California, Arizona, Hawaii, Massachusetts, Mississippi, North Carolina and South Carolina — there was the potential you could be double taxed. That means customers from one of those states could pay Indiana’s 7 percent sales tax at the time of purchase and then be required to pay sales tax in their home state as well.

That changed on Thursday.

S.B. 172 will enact a two-year trial period from June 30, 2017, to July 1, 2019, that will enable the state’s Department of State Revenue to work out reciprocal agreements with the nine states that do not currently have them in place. While that is being accomplished, the state will only collect the amount of sales tax equal to the state in which the RV or cargo trailer is being registered.

According to Ron Breymier, executive director of the Indiana Manufactured Housing Association-Recreation Vehicle Indiana Council, eight of the nine states have lower sales tax rates than Indiana, meaning buyers will be saving some money.

“Most of their home states will credit them the sales tax they have already paid, so they avoid being double taxed when they get home,” he said. “The one hiccup may be Mississippi.”