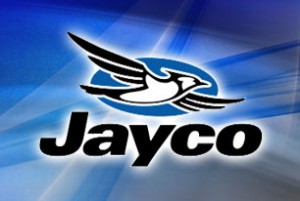 Middlebury, Ind.-based Jayco Inc. reported strong sales at the Florida RV Super Show in Tampa along with other consumer shows across the U.S. and Canada, especially in the toy hauler and high-end fifth wheel markets.

“Jayco had one of the best toy hauler shows ever in Tampa,” said Sherlin Miller, national sales manager for Jayco towables, in a press release.

Miller reported the new Seismic 4212 was the company’s top seller. Features include a king bed, 40-inch popup television in the bedroom, side patio off of the spacious living area, two full bathrooms, and a 23-cubic-foot residential refrigerator with ice and water. Other top-selling toy haulers include the T32C Octane, 222 Octane Super Lite and 310 Seismic Wave.

Jayco’s high-end fifth wheel offering also fared well at the shows, led by the Pinnacle featuring a spacious front bathroom with his-and-her sinks along with a second bathroom for guests. Other Pinnacle models include the 38FLSA and 36RSQS, which boast 60-inch HDTV’s, the industry’s largest according to the company.

“We were pleased with the consumer reaction to our toy haulers and Pinnacles at the show,” said Miller. “It was the first large consumer show that the new floorplans and features were on display, and we couldn’t be happier with how they were received by the public. It’s reassuring we’re on the right path and providing what the market demands.”