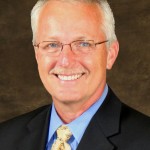 While acknowledging the need to keep pace with the industry’s rapidly evolving landscape, Jayco Inc. officials equally stressed the importance of its family-grown roots and adherence to “our core values” as the company opened its 2012 Dealer Homecoming Monday (June 18) in Myrtle Beach, S.C.

“Businesses throughout the world spend a lot of money every year trying to find the winning formula for improving their performance and competitive advantage,” stated Derald Bontrager, president and COO of the Middlebury, Ind.-based company, while delivering the keynote speech to attendees representing 145 Jayco dealerships at the Sheraton Resort Hotel and Convention Center. “What many organizations often fail to realize, in my opinion, is that lasting success comes from having a team that recognizes that people and values are their most important assets.”

Tying into the meeting’s theme of “One Family, One Future,” Bontrager noted, “Yes, we’re a family business. And we have included you in our extended family. And that means we’re all in this journey together. That’s where we’re different from most of the others.”

That journey includes, according to Bontrager, staying in step with an often-fickle and increasingly technologically-savvy consumer. “Our future depends on our ability to satisfy the passions of a shifting marketplace,” he said. “Today we are operating under a whole new set of wants, needs and desires on the part of our customers. That, and the economic realities which periodically cycle through our industry, have altered our business.

“The simple fact of the matter is that, out of necessity, Jayco has changed, is changing, and will continue to change.”

To reinforce the point, Bontrager reported that the company’s retail sales were up 16% year-to-date compared to the previous year. “That is an outstanding achievement, even in an improving economy,” he said.

He added that Jayco’s new generation of product, prominently displayed for dealers in Myrtle Beach, also offered evidence that the builder was in tune with today’s consumer.

“One of the worst business clichés, in my opinion, is, ‘If it ain’t broke, don’t fix it,’” Bontrager said. “The moment we have a product or service that is innovative or hot in the market, someone else is trying to figure out how to do it faster, cheaper and better. So our goal in product management is to obsolete our own products before someone else does. So, if it ain’t broke, we’ll break it.”

Bontrager also related that Jayco’s Twin Falls, Idaho, facility will play a key role in future plans, noting, “Expansion of our offerings out of our western facilities remains a high-priority item as we plan our strategy for the future.”

• The Jayco Founders’ Award for 2012 was presented to RV City based in Morinville, Alberta, owned by Ross and Jean Hodgins. The dealership, founded in 1968, was first named to Jayco’s Gold Circle in 1991. The retailer currently operates on a 15-acre site and employs 60 employees.