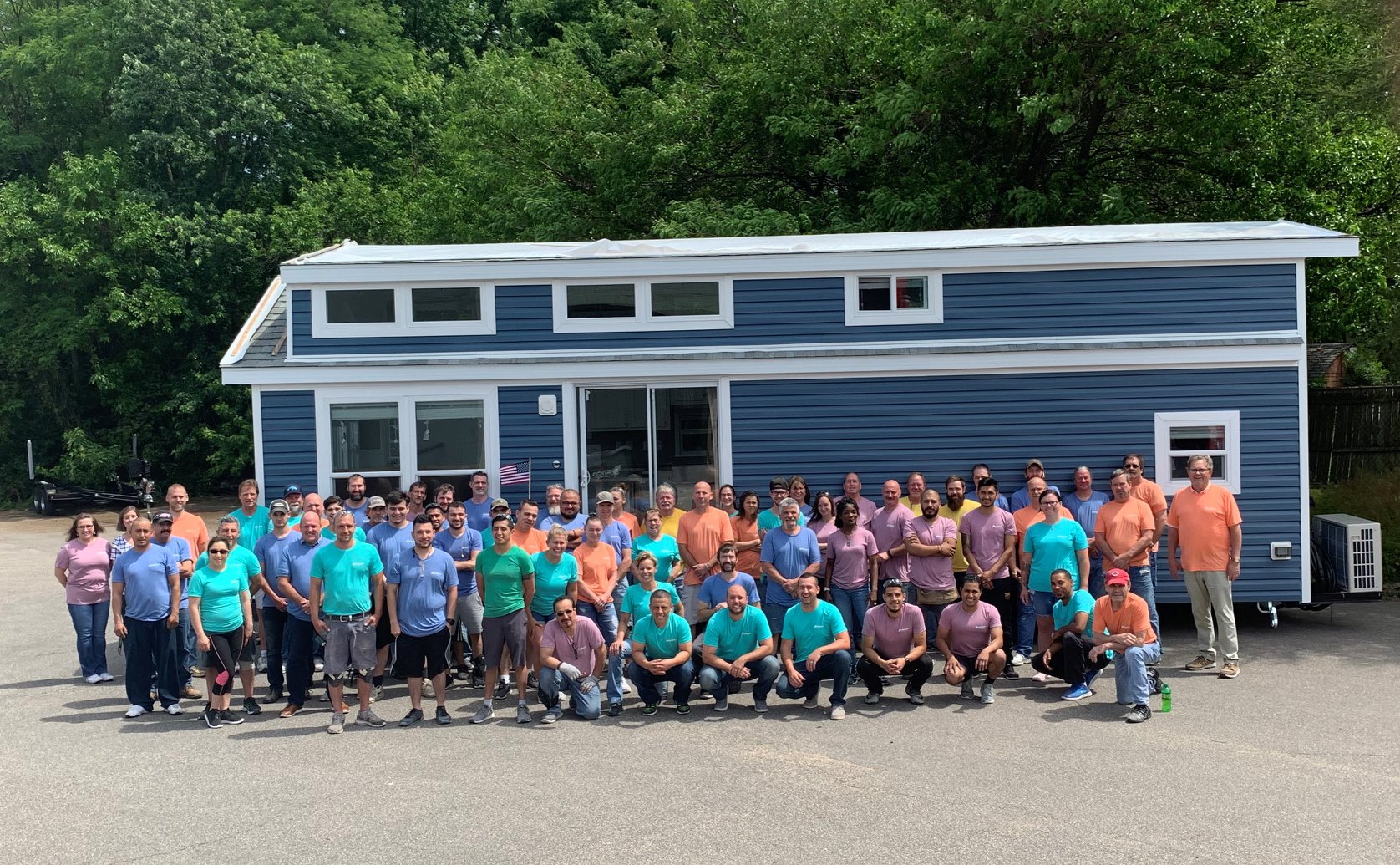 Kropf Industries, a park model RV manufacturer out of Goshen, Ind., recently marked a milestone as the 500th unit rolled off the production line, representing the first time the privately-held company had built that many PMRVs in a 12-month model year.

“Our actual number was 520, and we had never reached that many before. So, yeah, we kind of tooted our horn a little bit on that because it was something that we had never achieved before,” said Curt Yoder, vice president and co-owner of the company that was founded in 1946 by Solomon Kropf.

Yoder acknowledged that larger PMRV manufacturers might scoff at the number, but at the same time he said it’s quite an achievement for Kropf Industries, especially considering that all production takes place in a single facility.

“The simple reason Kropf reached the milestone is due to a retail demand that’s at an all-time high and an excellent dealer body that keeps us busy,” Yoder explained, adding that 95% of Kropf-manufactured PMRVs are sold through its dealer partners.

“Our dealers have stepped up and increased their volume, so we’ve tried to do the same,” he said. “I wish we could build more than what we are building currently. We’re still maintaining about a four-month backlog. We’ve been consistently at that for quite some time.”

Yoder was quick to also give credit to the 65-some employees at Kropf Industries for the company’s milestone as well. “Oh, absolutely. We’ve got a great team here. We’ve got lot of dedicated employees, from management clear down to our line workers. Our people have bought into what we do here, and they’ve done an excellent job for us. It’s just been a total team effort,” he said.

Fittingly, the 500th unit was a model from the company’s best-selling Island Series, Kropf’s premium line — which Yoder called the “Cadillac of the industry” — that comes in five customizable floorplans. The company also manufactures a mid-range Lakeside series and an entry-level Lakeside LE line, each offered in two different floorplans.

“We think our product is very good,” Yoder said. “We try to stay ahead of the curve as far as setting trends, new floorplans, and our dealers expect that from us. And I think we’ve done a pretty good job of giving the customers and the dealers what they want. The proof is in the pudding, because from a retail standpoint our units are always right up near the top.
“Most of our park model buyers are discriminative buyers,” he continued. “They’ve had the pop-ups, travel trailers, fifth-wheels and motorhomes, and now they’re ready to settle down with a park model. They want what they want, and we don’t shy away from the custom building. That’s a niche that we’ve always been known for and we continue to nurture that.”

Yoder added that the company has a bullish outlook for its business, mentioning there “aren’t any indications from our end that things are slowing down at all” and that the company is looking forward to the RV Dealer Open House in the fall because “that always sets the table for us for the year.”