By: RVBusiness|Published on: May 3, 2018|Categories: Today’s Industry News| 0 comments 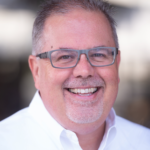 La Mesa RV Center announced the recent appointment of Keith Billings to the role of director of fixed operations for the corporation. In his new position, he will be directly responsible for all fixed operations of La Mesa RV relating to the service and parts departments.

According to a press release, Billings was involved in franchised auto dealer fixed operations for over 30 years, beginning his career as a lot porter while in high school. Most recently, he was affiliated with the Berkshire Hathaway Automotive Group having moved through all departments within that organization.

Billings stated, “While automotive has been my life, I’m grateful for this new opportunity in a related field. I see many parallels that the automotive industry has brought forward that we can now incorporate into the operations at La Mesa RV. I predict some very exciting developments to be announced by this forward thinking and progressive organization.”

Bob Upton, president of La Mesa RV, commented, “We’re excited and pleased to have someone with Keith’s caliber and background join our organization. Our goal is to always provide an outstanding customer experience and with Keith’s talents we’re prepared to raise the bar to the next level.”

Billings hails from Chicago but has been a resident of the Phoenix, Ariz., area after moving to the city as a child.