LaSalle Bristol Parent in RV/MH for the 'Long Run' 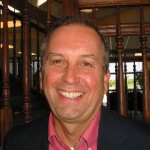 The board of directors of United Kingdom-based Heywood Williams Group, corporate parent of RV and manufactured housing supplier LaSalle Bristol, is in Elkhart, Ind., this week reviewing the group’s ongoing plans for supporting its market-leading distribution businesses.

Deriving its income from two industries hard hit by the recession, Elkhart-based LaSalle Bristol has survived those industries’ downturns and is rebounding, CEO Rick Karcher said during a press conference today (July 21) at the RV/MH Hall of Fame in Elkhart.

“We very much appreciate the support and the confidence of our parent company,” said Karcher. “We are very pleased that we were able to increase our credit line in January from $6 million to $10 million. Due to our cash flow in 2009, we have yet to tap our new line and have a substantial cash cushion that will see us through the deep recession in our markets.

“The extraordinary performance of the LaSalle Bristol team in serving our customers, while carefully managing costs and cash, will ensure that LaSalle Bristol will continue to serve these industries for many years to come.”

Karcher orchestrated the public event in part to celebrate that the company is “alive and will be around for a long time” and to quash rumors that Heywood Williams would seek to spin off the company due to the industry downturn.

“Our objectives for 2009 and beyond will be achieved by the group outperforming its competitors and markets, continuing to reduce costs and, in particular, maximizing cash generation,” Barr said. “LaSalle Bristol has done an excellent job in these areas, most importantly in managing cash and increasing access to credit. We will continue to demonstrate our ongoing support for our businesses and for the industries they serve. We are in these businesses for the long-run and are committed to supporting them until their underlying markets recovery – as they inevitably will.”

It’s been a tough two years for Heywood Williams, which derives some 80% of its sales from the residential housing market. Sales worldwide have slumped some 40% over the past 18 months, Barr noted, but he said the deep decline has morphed into what he called “a fragile stability.”

For his part, Karcher said the fourth quarter of 2009 and the first quarter of 2010 will be “difficult” for LaSalle Bristol and it will be the second and third quarters of 2010 “before we see significant recovery” in the RV and manufactured housing industries.

LaSalle Bristol, which historically garnered 65% of its sales from manufactured housing, cut jobs “in every area of the company” starting in the end of 2006, going from 550 employees nationwide to about 335 today, Karcher said. Many of those jobs are in the Elkhart area. He does not anticipate any additional job cuts will be necessary. He said the company’s diversification into other markets helped as the RV industry declined over the past year.

As part of the Heywood Williams board activities, it is visiting the company’s LaSalle Air Systems plant in Bristol, Ind. LaSalle Air Systems, headquartered in Lakeland, Fla., is one of LaSalle Bristol’s two manufacturing companies. It engineers and produces air distribution systems for system built housing and RVs. Its products include sheet metal ducts and fittings, flexible ducts and prefabricated duct board and components.

LaSalle Bristol’s other manufacturing company is BPC Manufacturing, an injection molding company in Plymouth, Ind., specializing in the production of faucets, sinks and plastic fittings.