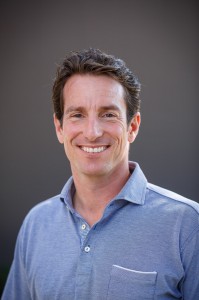 Along with the impressive financial growth his publicly held company has posted lately, Lippert Components Inc. (LCI) CEO Jason Lippert seems equally pleased this holiday season to report that the company’s 9,500 employees have achieved the rather extraordinary goal he set out for them nearly a year ago by logging at least 100,000 hours of community service in their home communities in 2017 as part of LCI’s “companywide social responsibility initiative.”

Lippert’s challenge – achieved on Dec. 12 — called for partnerships with a wide array of local nonprofits, school systems and communities, especially youth-oriented organizations like Child and Parent Services (CAPS) and the Boys and Girls Clubs of Elkhart County. The initiative is designed to drive community involvement and reinforce LCI’s “culture of caring and collaboration” throughout the community.

Now, Lippert, whose company has expanded recently to include more marine clients and other business sectors outside the RV arena while remaining the RV industry’s largest singular component supplier, is already looking forward to raising the charitable bar in 2018, as he points out in the following (Dec. 18) edited RVBUSINESS.com interview.

RVB: When you first announced your 100,000-hour social responsibility initiative in late January, you clearly set a precedent in this business for humanitarian pursuits. Where did the inspiration for all this come from?

Lippert: We’ve been spending a lot of time over the last few years in our companies on values, specifically around our core value of caring about people. That’s taken more root with our team members all over the company. A lot of people were saying, ‘hey, look why don’t we do something that shows that we care about people outside of our four walls?’ Out of those discussions was born the 100,000-hour community service initiative.

Really, it was a great feeling when this came about. What’s been more incredible is that after deciding to do it last December and coordinating a public launch in mid-January, it wasn’t until February/March that we started putting all the tools and resources together that would allow us to chip away at this and have a formalized way inside the company to start organizing events and accumulating hours.

And it really didn’t get traction until the end of the first quarter or the beginning of the second quarter. And what’s been even more incredible is that probably 50 company leaders (from other firms) have knocked on my door with inquiries about this whole program, which really speaks to the fact that developing a goal like this internally has got a lot of people talking because ultimately we want more of a purpose than just to go to work and collect a paycheck and make some product and go home.

People want a deeper sense of purpose. It’s really allowed a lot of team members in our company, myself included, to feel like our company has a purpose. I feel like I’m part of that purpose — spending much of my life at work doing great stuff for the community that’s supported by the company and its leadership.

RVB: So this whole charitable initiative, from all we can tell, was handled by your division heads as a strategic goal – not just some lofty talking point that could have dissipated over time like so many good intentions.

Lippert: When we decided that the goal was going to 100,000 hours we basically went to every plant and said in much the same way that we do with our revenue and operational targets: ‘You’ve got 300 employees at your plant so how many community service hours do you think you can generate?’

We did that plant by plant. We helped them develop goals and then they had to set their own action plans. At a lot of our plants somebody took the lead and organized some events — one in April and one in October – and we invited our whole company to participate with the different community charities so that we had regular opportunities for people to bring their families and come in and join these service opportunities.

So, it has been tactical, developing a strategy and action plans around each of the objectives and how we’re going to go about this. And we went so far as to internally develop an app to allow any of our team members to download on their phone and be able to log and track their own hours and ultimately dump those hours into a database that was collecting it from all of our team members.

You know, I think that for a long time some of our people have been dedicating service, but really what this allowed us to do is say, ‘hey it’s a company goal now and it’s an objective,’ so we started inviting more people and their families to come out and serve. And a lot of the buzz in the area is that there are, noticeably, significantly more LCI team members out in the community serving than what people had noticed in the past.

RVB: So, we’re told, you’ve developed a website for the whole business community to tune into this charitable initiative?

Lippert: So many other people were interested in doing something similar for their companies, we developed a website that we did in-house to help businesses to plug in with charities in our community and check out calendars.

It’s just an easier way for them to develop events for their company teams to go serve at. It’s visible. It’s right there. They don’t have to call 50 places. We have it on a website, www.actsofservice.com, so the charities are feeding the website information and then the businesses are able to access it and look and see how they can plug in and communicate seamlessly with the charities that need the volunteers.

Lippert: We’ve already set our goal for 2018 and we decided as a company that we’re going to do 100-plus-thousand hours. We’ve realized that we can keep jumping up maybe 20,000 hours a year.

At the same time, what we felt would be most meaningful would be to really focus and help other businesses in the community develop and get going with their own plans. It’s hard, you don’t just say you’re going to do it and it happens. It takes a lot of planning.