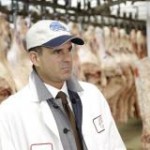 Benzinga reported that the episode revolves around a striving meat packing company in serious debt, and its outcome reveals some of the strategy behind Lemonis’ process.

“Hey, guys. We gotta talk. We got a problem,” Lemonis said in a clip from the episode.

There’s a $3 million hole that the business owners can’t explain with just $30,000 in the bank; and Lemonis originally planned on investing his own money to help them dig their way out.

“Are you guys aware of that?” he continued.

“The deal that we made was based on $2 million in payables. Not $4 [million]. Right?…Guys, this is bad…This business is two weeks away from closing,” Lemonis announced.