By: RVBusiness|Published on: May 7, 2012|Categories: Uncategorized| 0 comments 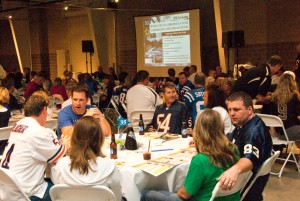 An impressive crowd of about 450 people gathered Saturday night (May 5) at the RV/MH Hall of Fame in Elkhart, Ind., for an annual fund-raising auction benefiting the Boys & Girls Club of Goshen – a nonprofit club that’s more than 50 years old that typically serves as many as 350 young people a day at its downtown Goshen location.

Although total revenues aren’t released, the RV industry-centric event, organized by a committee led by Lippert Components Inc. CEO Jason Lippert, was reportedly the biggest yet in terms of total proceeds. Auction items included everything from five hours of time in a private jet — ordinarily the biggest bid — plus a Costa Rican vacation and an extravagant dinner for 10 that went for $4,200.

“The club’s been doing the auction for many years,” reports Lippert, who currently serves as president of the club. “I took over as chair of the auction four years ago. So, with state and United Way funding and some of the other areas where the Boys & Girls Club of Goshen gets their money, the auction and special events in general for the club have become more important for meeting our budget every year.”

And, in the final analysis, the auction fund-raiser itself succeeds in showing another side of the industry that often doesn’t find its way into the mainstream news. 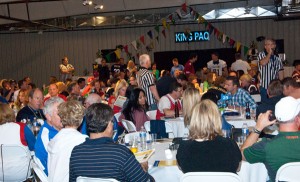 About 450 people attended the sports-themed fund-raiser, where auctioneers dressed as referees maintained the fast pace as dozens of items went up for bid.

“We have a dedicated staff that watches and cares for the kids,” says Lippert. “They just help by being there for whatever the kids might need them there for. Our goal is to help the kids become ultimately better adults and community citizens.”